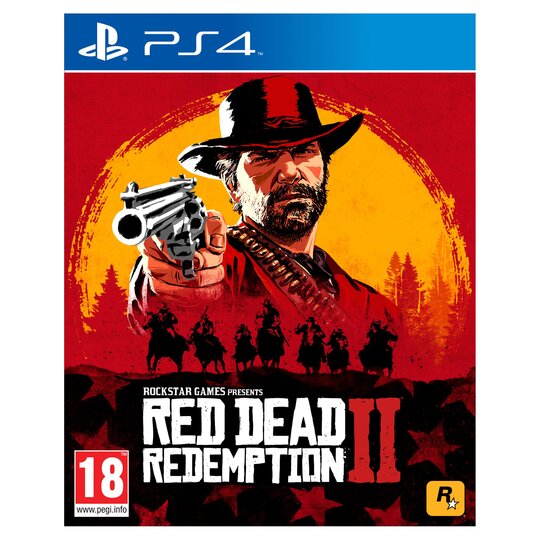 Shooter game for all play levels

Brought this because my copy got damaged and at the low price it was a no brainer to buy from Tesco again. For a fun packed western game, so many characters as well as superb graphics. Play solo or online and more game play options, This is a must have in your gaming collection.

The early release edition is full of glitches but this was to be expected really as the polished version is not due out until late this year (October 2018). This is the first time Rockstar has allowed the main single player game to be played as a female protagonist. This was a wise move by Rockstar as their games have become increasingly popular among female gamers. We find out how John Marston gets his dreadful facial scars! Most of the game is playable as Marston but Morgan will certainly prove to be a far more popular protagonist than Jack was in the original. The single player game can be completed too quickly in my opinion. And I should not really divulge in this information but Rockstar intends to use the time period between April 2018 and October 2018 to work almost exclusively on the online gameplay. No additional GTA4 style episodes are in the pipeline to extend the single player game so this will become a bit disappointing for those who are not really into online gaming and prefer the single player action. Another issue with Red Dead Redemption 2 is that there is no option of playing John Marston as a good guy all the time. For example, you have to chop Tatlow’s hand off and bring it to Dutch. This is not something John Marston would have done in the subsequent events of the original when he had reviewed his own moral compass. However, in the single player RDR2 you cannot progress through the game unless you carry out this barbaric action. Hopefully this will change when the finalised version is released in October. Rockstar have given themselves far too long and the finalised version could easily have been released in May. Although this was just a cautious approach just in case they risked disappointing people again with more unforseen delays they could nonetheless use this extra time to expand the single player game. Although they intend to use the time purely on the multiplayer game there is no reason why they should not change their minds because the multiplayer game is practically ready now, apart from a number of glitches and frankly glitches are going to be unavoidable even when we reach October.

Poor story, bad range of weapons and animals to ride, multiplayer is unplayable and the only good thing is the soundtrack.