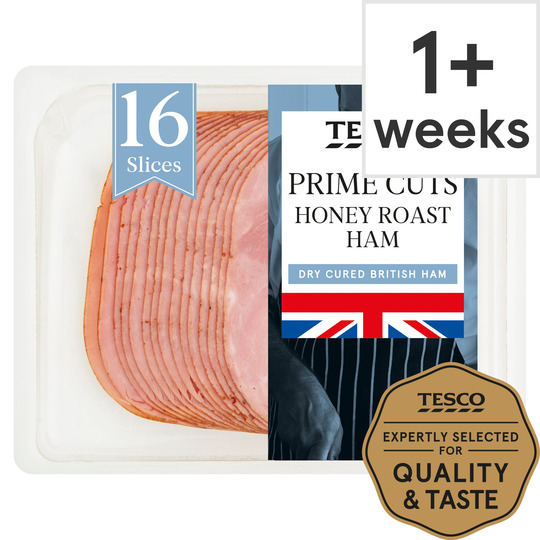 1%of the reference intake
Saturates
0.2g

1%of the reference intake
Sugars
0.6g

Not suitable for freezing. Keep refrigerated. Once opened, consume within 2 days and by 'use by' date shown.

Not much flavour, cheaper version is nicer.

Not much flavour, cheaper version is nicer.

nasty and pumped full of water

I’m afraid this is absolutely tasteless! Seems to be over processed, being tasteless and devoid of any texture.

Ham had unusual veiny texture and stuck stuck together in a greasy congealed blob. We are looking into where this stuff is produced and seems the welfare standards are diabolical. Where we believe “British” is synonymous with good welfare standards it appears that this really isn’t the case. Pigs could be kept in horrific conditions where they’re basic behaviours that make life even vaguely worth living, are restricted. Considering trying plant based options instead of this garbage. Look deep into where stuff comes from. I am saddened that I’ve been contributing to this cruelty by buying it unaware. Shame on you Tesco for selling it! :-(. My Mum asked me to write this review for her as she’s clueless!

Previously use this ham throughout 2020 and before without any problems. Now we are being served up with very thin slices that fall apart when yo try to take them out of the packet. Not what I expected and I'll be looking for alternatives - elsewhere!