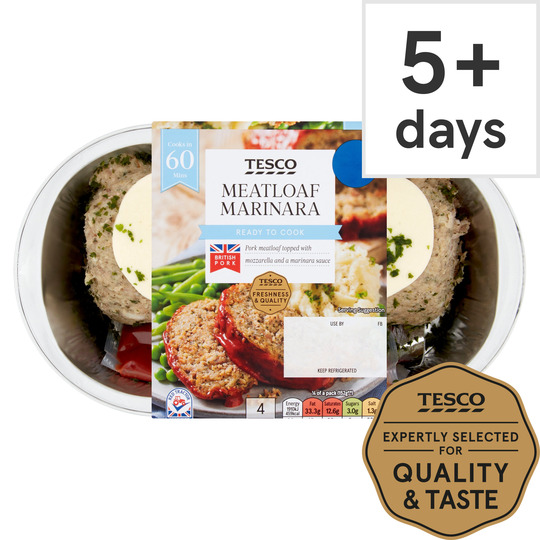 48%of the reference intake
Saturates
12.6g

63%of the reference intake
Sugars
3.0g

22%of the reference intake

Suitable for home freezing. Ideally freeze as soon as possible after purchase but always by 'use by' date shown. Defrost thoroughly for a minimum of 12 hours in the fridge. Once defrosted use within 24 hours and do not refreeze. Not suitable for cooking from frozen. Follow the preparation guidelines above. Keep refrigerated. Once opened, use within 1 day.

Instructions: 200°C/Fan 180°C/Gas 6 60 mins Remove sleeve and film lid and set sauce sachet to one side. Place foil tray on a baking tray in the centre of a pre-heated oven for 50 minutes. Add sauce over the top evenly and return to the oven for 10 minutes.

When can we have it again?!

We really enjoyed this. Was surprised at the negative results. My kids practically inhaled theirs and wanted more. So did I. We had it with mash and runner beans. Delicious

Probably one of the most vile things I have ever p

Probably one of the most vile things I have ever purchased. Think of a garlic sausage without its skin on so its soft and mushy, covered in tomato sauce and that is about the sum of it. Totally awful, so much it went in the bin as the dog wouldn't go near it either!

This was horrendous, tasted like a big lump of sage and onion stuffing. Awful.

Just had this for tea. I thought it was delicious. Just enough for four people.

I couldn’t rate this as it went in the bin, texture awful, overpowering herbs, unable to slice, came out as slop. Even tried cooking it for longer to see if improved. It didn’t. Inedible🤢

Totally inedible.!! Like stuffing ,but worse.I can't even give it 1 star but have to,just review published, so bad .

I echo other reviews which say this falls below par. Cooked as instructed and it came out soft and looking uncooked. Others have said that this is like eating stuffing, but I would say that was unfair to stuffing. Not to be repeated!

Not very nice. Like eating stuffing. Falls apart when served.