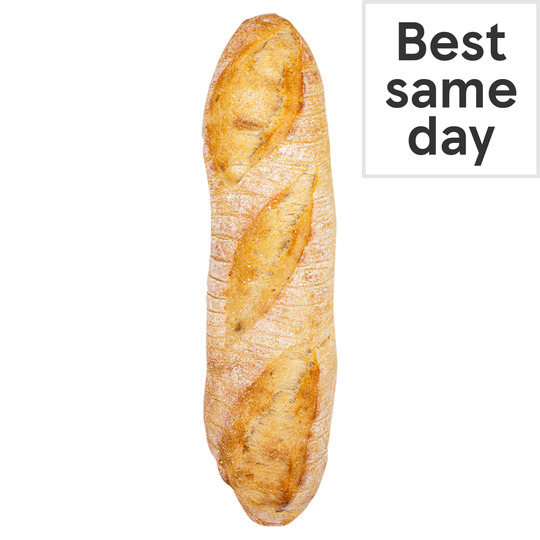 View all Bread From Our Bakery

Spoilt for me because it is made with sour dough, unlike a true french baguette. It should say so in it's description, instead of saying white and stone baked.

I thought to rectify my previous review on this bread. Received it Wednesday 3 nov. and it was very fresh this time, nice bread, good dough. Better than ciabatta. Thanks.

1st day had a chicken and cranberry sandwich, two days later, sliced the piece left over in half and toasted it, brilliant, I'm glad I found this baton and will buy again.

Crust hard as the stone it was baked on.

I'mI wasn't keen on one I bought earlier, but this one, which I ordered in error, had a crust both hard and chewy while the inside was almost non existent and what there was seemed underbaked. I know stone baked bread is chewier than standard but this was inedible.

The standard one is better

I received this as a substitute for the standard white baton. It sort of shouts "Real Bread " at you I don't like it Chewy ... hard ... exaggerated yeasty flavour toasted some and it became a teeth breaking rusk