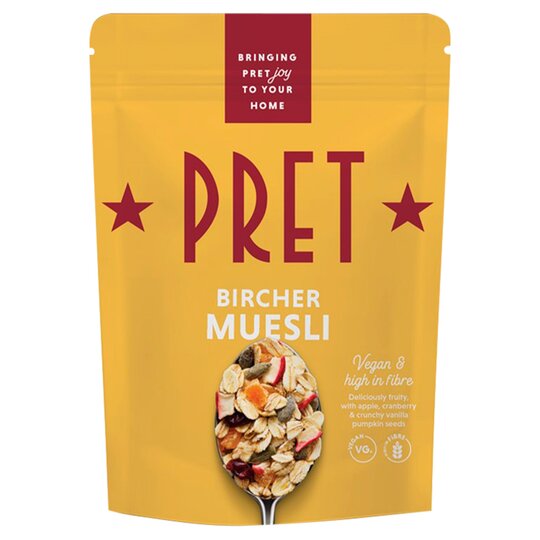 Store in a cool, dry place away from direct sunlight.Reseal bag after use for best quality.

Important: Although we have taken care to remove fruit stones, some may remain. Young children can choke on seeds.

From the first mouthful the taste was really nasty and it did not improve. I had difficulty in eating a small bowl and I eat almost anything. I shook the bag well before opening and the amount of cinnamon and vanilla flavor was overpowering and it tasted like an apple strudel with a bad after taste. Probably nice for some, but not for me.

Unpleasant taste and too salty

Too much cinnamon, too much salt, inedible hard lumps of dried fruit. The salt gathers at the bottom of the bag, so the person who gets the last serving gets an unpleasant mouthful. Would not buy again.

Inedible - a bag of salt

There must have been something terribly wrong with the production line when this was being produced as the bag was overloaded with salt and inedible. There were no details on the package to allow a consumer to contact customer services re faulty product.

Initially I really enjoyed it and have repurchased it. But I’ve had a few bags now where it has been particularly salty to the point of inedible (think sea water) towards the end of the bag. It has put me off buying any more which is a shame because I had been really enjoying it before. I just don’t want to waste money on it anymore if it will continue to be ridiculously salty.

Overpowering vanilla flavour, found it quite a wei

Overpowering vanilla flavour, found it quite a weird taste overall. Prefer my Bircher Muesli nice and simple so won’t be buying this again.

Absolutely gorgeous! Well worth every penny.