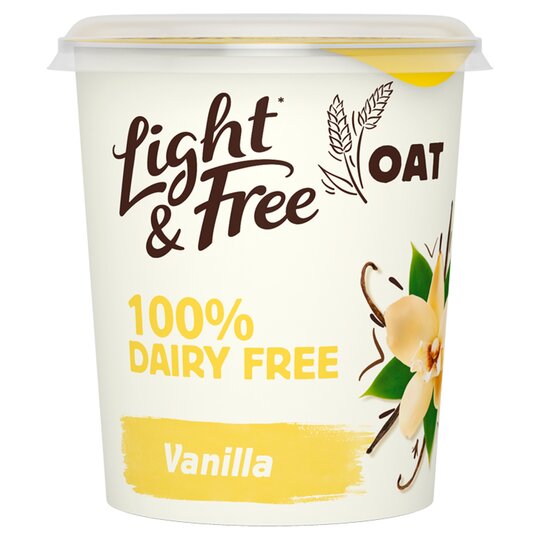 B Corp:   As a B Corp, we are part of a global movement of companies who aim to use business as a force for good in society. It is important to us that we show our positive impact on people and planet. To find out more about what we do, search Danone UK on the B Corp directory online. #BTheChange.

Not the best dairy free yoghurt

Bought this as an alternative to Alpro, but the vanilla flavour is so artificial and unpleasant and the yoghurt is a strange grey colour? The texture was absolutely fine though, just the taste and colour were off putting.

It looks like wallpaper paste. I've never tried wallpaper paste, but wouldn't be surprised if it tasted similar. Yoghurt shouldn't be semi translucent and gloopy! The vanilla taste is very artificial. There are so many decent vegan yoghurts now, why would anyone bring such an unpleasant offering to the market?!

Not awful, not amazing

It’s ok. It doesn’t taste bad but the consistency is a bit strange. It’s a bit jelly looking but feels like yogurt but tastes a bit watered down too, it’s hard to explain. This was a substitution for the mango flavour so maybe it wouldn’t feel as bland in a stronger flavour. I wouldn’t have the vanilla again for that reason but would be willing to try another flavour

It looks like it's from the future and if that's what all yoghurts are like in the future, i don't want to be alive for that.

Bought this instead of my usual vegan vanilla yogurt and I wish I hadn’t bothered. Tastes very artificial. The texture and consistency is very weird. Overall I wouldn’t buy again.

Great taste and works very well with fruit for bre

Great taste and works very well with fruit for breakfast

I was actually surprised as this yoghurt was ok. I'm not a fan generally of non dairy based yoghurts but this one passed with flying colours and potentially i would buy again if i was looking for a reduced calorie desert. I bought this as part of a promotion.

I disliked the taste of this yoghurt and will not

I disliked the taste of this yoghurt and will not buy it again.

I tried this yoghurt as part of a free promotion.

I tried this yoghurt as part of a free promotion. The yoghurt was very thick (reminded me of a Greek Style yoghurt). The vanilla flavour wasn't particularly intense, I would have preferred it stronger. I experimented with it, and found that it was a good substitute for cold custard on a dessrt, or was good to add to smoothies.