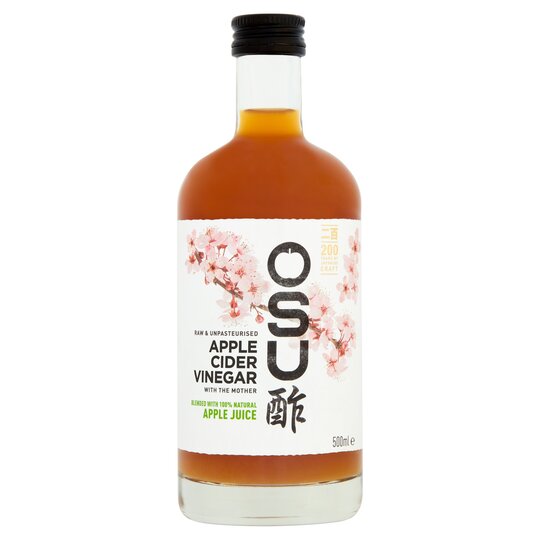 Store in a cool, dark place. Once opened, consume within 12 weeks. Refrigeration not required.

Blended and bottled in the U.K. using apple juice from Turkey and the E.U. and apple cider vinegar from the E.U.

There is far too much apple juice in this, so as f

I’ve been trying to take cider vinegar for health reasons for some months but keep banging my head against a wall because it’s just too horrible (!!) no matter which brand I bought 🤢 until I bought this...it’s EASY to drink with water, warm/cold/sparkling and quite frankly I am SMITTEN! Highly recommend this. Would’ve given 6 ⭐️ If I could

After becoming interested in gut health 6 months ago, I’ve been trying to drink apple cider vinegar more regularly but I’ve struggled with the sharp taste. Really pleasantly surprised by OSU, it’s so smooth and I’m finding myself using it as a healthy ingredient replacement in a tonne of vegan recipes. Given the flu season has started, I’m loving having it with hot water, honey and lemon in the morning instead of my normal tea.