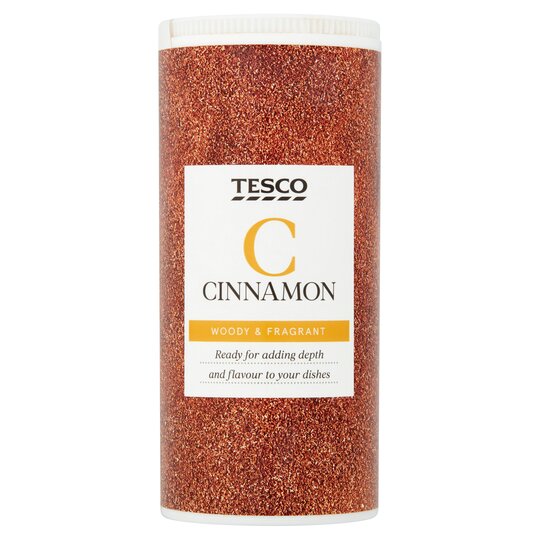 In agreement with all previous reviews, this is a terrible product, avoid it

It is not cinnamon. It is nutmeg.

Do not purchase! it's not a proper and good quality cinnamon! cheap and disgusting substitute! dissapointing Tesco!!!!

Did not smell or taste of cinnamon, no idea what alternative tree bark was ground up in the pot but I won't be buying it again.

Not what I expected, disappointing.

This is not the usual light tan cinnamon, full of flavour. Instead it is dark brown and only mildly spiced. I believe this is not true cinnamon but something made from a different plant, also known as cinnamon but cassia cinnamon. Don't buy this if you are expecting the type typically sold in the UK.

It didn't taste a bit like cinnamon, very disappo

It didn't taste a bit like cinnamon, very disappointing