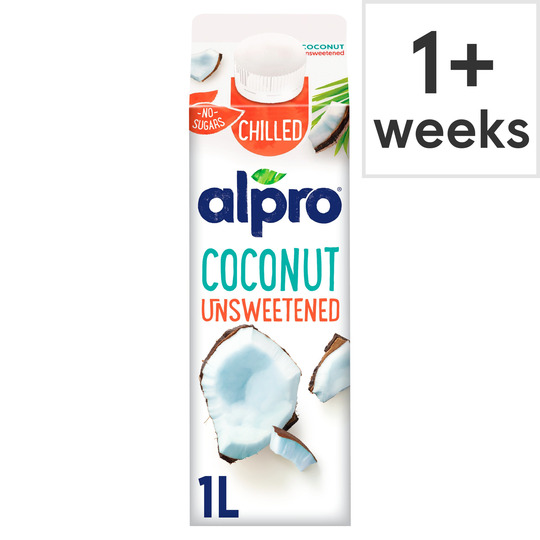 Keep refrigerated and use within 5 days of opening.Do not freeze. Best before: see top of pack.

Made in the EU

Tried for the first time this morning in porridge. I hate porridge without a load of syrup or sweeteners added, but using this meant I didn't need to add anything to sweeten it & it tasted amazing as I love coconut. Also bought the sweetened version as thought this wouldn't be sweet enough but I'll be sticking to this one to keep the cals down (not tried sweetened one just yet). It's like drinking it straight from the coconut, it's just the weather outside that reminds me I'm not on my holidays!!

Has a nice coconut flavour, some brands don’t tast

Has a nice coconut flavour, some brands don’t taste of coconut. It does have quite a thick texture though which I found a little strange.

First time trying this and had it mainly in porrid

First time trying this and had it mainly in porridge. Tasted great with a little bit of honey and a nice alternative to dairy

Tasty and creamy alternative to milk

Tasty and creamy alternative to milk. I made milk pudding and put it on cereal.

Delicious. Takes great in cereal and froths well for coffee

Tried on its own and also in cereal but not for me. Very watery with slight coconut flavour. Bought on promotion, went be buying again

Pleasant tasting especially as unsweetened. I made an iced latte with it and it was lovely.

Not unpleasant but not rich and creamy enough for

Not unpleasant but not rich and creamy enough for my palate.