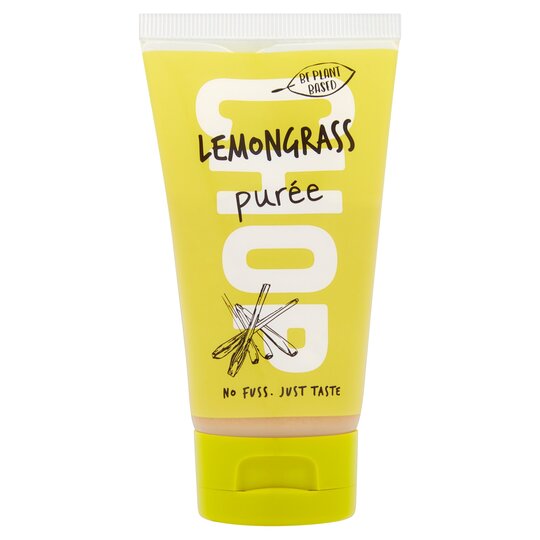 Store in a cool, dry place. Once opened, keep refrigerated and consume within 21 days and by 'best before' date shown.Best before: see cap.

Manufactured in the UK

AVOID! As others have said - the nozzle of the tube is too small to get the lemongrass purée out. This product is not worth buying. The packaging needs to be redesigned to make it fit for purpose.

BUY THIS FOR THE DELICIOUS PUREE, NOT FOR THE TUBE

This Lemongrass puree is delicious and so handy to have in the fridge all the time. I cook a lot of Asian-inspired dishes and this is an absolute boon! Before I bought my first tube I read a lot of reviews saying that the opening at the top of the tube was too small and the contents wouldn't come out. I'm not sure if that has been addressed now? I don't know if the tubes I've purchased since have been the new design, if there is one, but I haven't had any issues, even down to the last squeeze. If you do experience a problem, may I suggest that you just cut the tube in half and spoon out the contents into a small airtight container and store in the fridge. I recently bought a similar product and the top didn't fit properly once I'd pierced it so I had to do that, and the quality of the contents was not affected at all.

I have bought several tubes of lemon grass but each time I have had to cut into the plastic to get it out as squeezing it through the very small aperture has not worked. The lemon grass has too much fibre and is not pureed enough and it gets stuck. Very annoying. I would like to know if there is a similar product of a pureed lemon grass in a jar perhaps.

This product comes in a squeezy tube (great! more plastic!) with a too-small opening. So the lemongrass pulp gets stuck in the opening and I cannot get even a teaspoon of product out of it. I've tried cutting the lovely plastic open with the kitchen scissors but it's too thick. So the full tube is in the bin. Faffing with real lemongrass would be preferable to this.

If you want to use it all at once then it is ok as you can cut the tube to get to it!! Otherwise, impossible to squeeze out of the tube - I tried squeezing as hard as I could; poking a skewer in the hole and winding it around in case a lump had been stuck; screaming at it ..... all to no avail. Next time I'll buy a jar of paste - at least you can get a spoon into the jar if you can get the lid off!!!

I won't be buying this again. It is very fibrous,

I won't be buying this again. It is very fibrous, which blocked the hole. It got stuck and then exploded from the tube because I had to apply so much force to get the smallest amount out. I ended up needing to cut the tube top. I threw it in the bin.

Nice flavour but absolutely awful design. The fibres blocked the squeeze-out hole and it was impossible to use it. Had to cut the tube open and put the contents into a jar.

Used it once, it was fine and a usefull product. Came to use it a second time 10days later and the stuff was so viscous it couldn't be extracted from the tube. I used wss transpired to be excessive force, the tube exploded and caused considerable mess to my kitchen. It can only be considered to be a single use product. I resent being compelled to award this rubbish one star when a negative award would be the only honest one

Good flavour, and a smart way to preserve lemongra

Good flavour, and a smart way to preserve lemongrass.