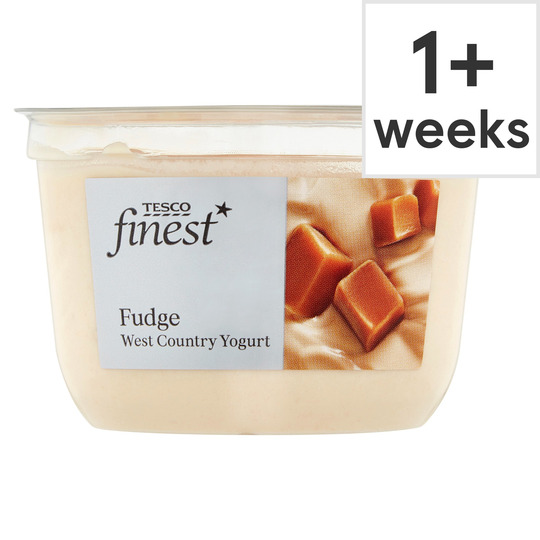 Pretty much as everyone else has said. Gone from a really tasty yoghurt, to something that is not even up to the standard of a cheap yoghurt. Tescos are doing this more and more across their range - pointlessly messing with recipes, to produce something much inferior. It seems they pay no heed even now that there is customer feedback available on the site. Surely if they had a few dozen independent product testers - they could use them to try out any proposed change. If they did, then pretty sure those results would mirror those here. They might be wanting to cut corners and save money on production costs, HOWEVER it's a false economy as they ultimately are losing custom either to other brands, or even other supermarkets. Time to start taking your customers more seriously - not for granted Tescos ! Pete

Tastes just like normal yogurt but somehow worse, not a trace of fudge to be found!

Used to be my favourite yoghurt and worth the price. Since the change in recipe there is nothing "finest" about this at all. The yoghurt itself is less creamy and the fudge pieces have been removed (despite the packaging still depicting yoghurt with pieces of fudge). Definitely not my favourite any more!

WHY CONSTANTLY CHANGE PRODUCTS FOR THE WORSE??

Something else ruined by the Tesco product testers.

Very disappointed as I thought I was buying the yoghurt with fudge pieces in it. Will not buy this again. The product has gone from luxurious to ordinary !

It's changed, not as nice,won't be buying it again

It's changed, not as nice,won't be buying it again.

not a patch on your old style finest nobody in my house will eat the new stuff ,none of it and we have tried all of them ,Disappointed bought the others for over 10 years

Chemical-tasting nastiness - change it back!

This used to be my absolute favourite but then they changed the recipe without warning! No more taste of the double cream, no more yummy fudge pieces. Just a really nasty chemical taste, ugh! It's totally disgusting now, I couldn't even make myself finish the pot - it had to go straight in the bin.

not the same without the toffee pieces