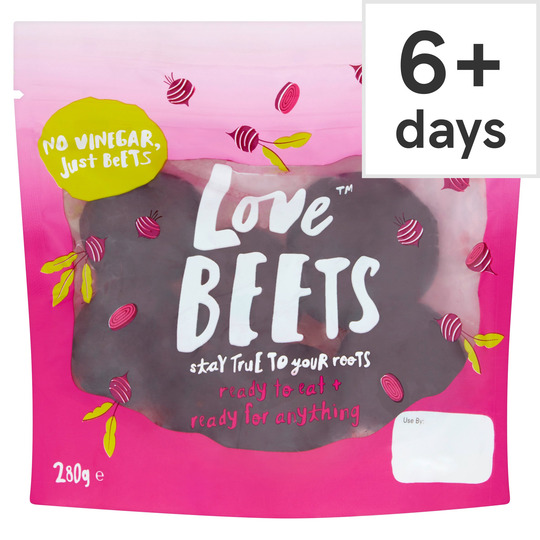 Keep refrigerated.Once opened, consume within 3 days and within Use by date

Tasteless and dry. Would not buy again.

Tasteless and dry. Would not buy again.

What has happened to the Beetroot?

I have bought these before as they have no vinegar and they were lovely but I had to throw these away. They tasted fusty, were not as soft as I think they should have been and overall they were not at all nice. I should have noted the other reviews. I will not be buying them again.

Tasted of nothing at all. Had to throw away. Had purchased on the basis of earlier good reviews so maybe just a bad batch.

I buy these every week and they have been really tasty! The last 4or 5 times though they have been hard and tasteless! Not sure what’s going on, but this will be my last try........... not very hopeful!!!

Have been buying these for weeks because they tast

Have been buying these for weeks because they tasted as good as fresh beetroot and no vinegar. But the last two weeks they have been hard and taste terrible. Will not be buying again.

Disgusting, hard and no taste at all. Would not bu

Disgusting, hard and no taste at all. Would not buy again

Good flavour and better than any other pre-cooked

Good flavour and better than any other pre-cooked beetroot that I've tried.

Just got no taste