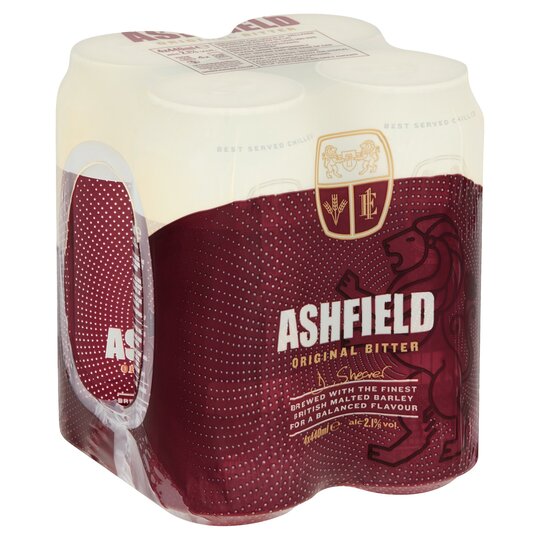 Best Before End: See Base of Can

This is better described as a light ale as there are no hops in it and it is only 2.1% ABV. Akin to a Scottish light as opposed to heavy. Doesn't taste of much and if chill, I expect, of even less. It is quite gasy and leaves an after taste of soda water/carbonated water. On a Summers day it could be a refreshing drink and keep you sober whilst doing the barbeque, as it is low in alcohol and the gas would limit you capacity in polite company. A good price though, significantly but partially, due to the low duty bracket.

Provided you're not drinking to get drunk, this is

Provided you're not drinking to get drunk, this is an enjoyable and refreshing bitter.

Not the tastiest but quite drinkable, perfect for

Not the tastiest but quite drinkable, perfect for enjoying while reducing your alcohol consumption as it's half the alcohol or less of most beers but tastes much better than alcohol-free, and it's ridiculously good value too, at least partly as it attracts a quarter of the duty of most beers.

well worth the money

Just terrible cheap bitter. Drank a sip of one can and threw the rest out.