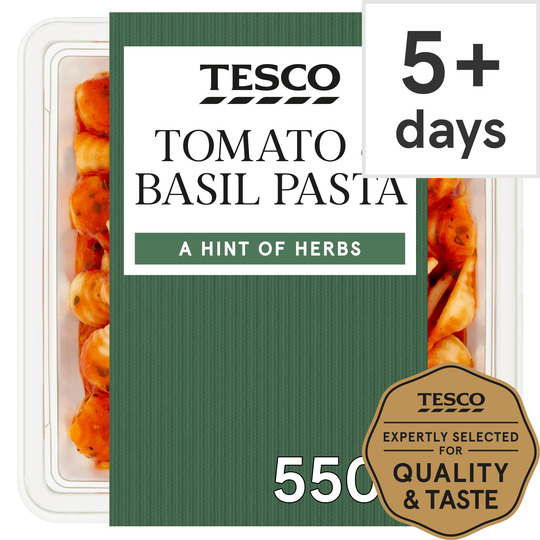 6%of the reference intake
Saturates
0.3g

2%of the reference intake
Sugars
6.5g

6%of the reference intake

Keep refrigerated. Once opened, consume within 2 days and by 'use by' date shown. Not suitable for freezing.

too much raw onion

Too much raw onion

I loved it, so filling.

Quite good value in terms of the amount you get an

Quite good value in terms of the amount you get and it’s moderately tasty though not exactly exciting. It would have scraped four stars were it not for a big problem with the packaging, 500 grs of pasta is a lot for the flimsy plastic film to bear if the package is inverted which can easily happen in a shopping bag and the gluing of the film to the main package is a bit suspect particularly on some of the corners. Out of eight units I bought two had leaking corners and two I lost due to picking them up whe they were inverted and the film just gave way. Tesco repaid them quickly plus a bonus £5 but the mess was terrible and took an hour to sort out. It’s possible that I was just unlucky but they were two different orders separate by a week so I doubt that ; of course once you know about the problem you can avoid it to some extent by just careful handling of the packages. However the leaky corners do offer some small risk of contamination and food poisoning

Very tomatoey - a bit overpowering for my taste