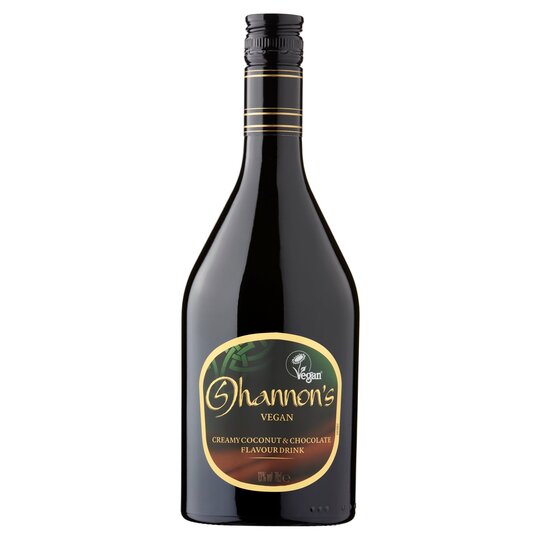 Store in a cool, dark place.Once opened, drink within one month.

Having been vegan for years, I am so happy to have found this drink. It's lovely and creamy, with just enough sweetness. A real indulgence.

This is lush, just like Baileys, i found the Vegan

This is lush, just like Baileys, i found the Vegan Baileys so disgusting,that i couldn't even drink it, i would definitely recommend Shannon's though.

It was surprisingly very good, tastes sweeter than

It was surprisingly very good, tastes sweeter than the Bailey's Almande I would say.

Good but could be better

As a vegan I really miss baileys. This one tastes like a stores own brand of cream liquor , for example Tesco or sainsburys. I have had vegan baileys and to be honest I think I prefer this one, that said non taste as good as the real thing.I think the mistake is they make the vegan versions with almond milk where as baileys is made with cream. I think someone needs to produce a vegan cream liquor made with a plant based cream instead of plant based milk . So it would make it much thicker and creamier , I think this version is thicker than vegan baileys.Also why are ‘different’ versions of things more expensive , whether it’s vegan milk , vegan cheese or vegan alcohol it’s always more expensive than the dairy version.I notice it also in gluten free products which unfortunately I have to buy , why are people’s purses robbed because they buy the alternative either through choice or necessity.

This stuff is delicious! I was supposed to be keeping my first bottle for Christmas but once I tried it, I couldn't wait. My family have all tried it and love it too, so I think this will be a regular purchase!! Thanks for stocking this Tesco :-)