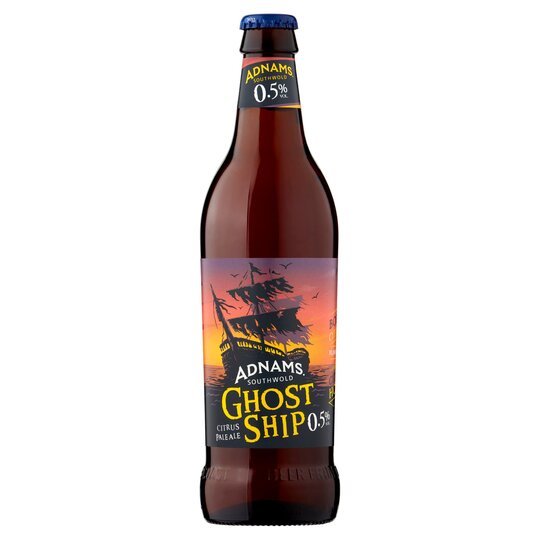 Best tasting low alcohol beer on the market if instead of lager you prefer a pale ale. Actually tastes like a proper beer without that burnt aftertaste

If I did not know this citrus beer was 0.5 percent then I could be fooled into thinking I was drinking a normal citrus beer. There is no better low alcohol beer. Always drink it cold. It also makes a nice cold citrus shandy.

If you're a bitter drinker this is as close to a proper bitter as you'll ever get - it's amazing stuff - very quaffable! I've tried it on friends and they love it too.

Fantastic beer tastes as good as the full strength version it has a lovely citrus taste to it I cannot praise it enough to real ale drinkers that are looking for an alternative. Remember this is a real ale not a Larger I noticed the bad review it got earlier all beers the reviewer compared it to where Largers not Ales.

One of the best

With more breweries moving towards alcohol drinks, the range and quality is rapidly improving. And whilst the choice in low-alcohol ales is still slender, there are some fantastic beers available. Adnams have raised the bar with Ghost Ship and though it may not be to everyone's pallet (it's very citrus based), it's as close to the full alcohol version as anything else going.

I think this is a very good product. I have been drinking beer for over thirty years and have tried many!! As a low alcohol beer the flavour is really very good and the characters of a "real beer" flavour are all still there. If you are driving or have some other reason for laying off the beer.. This one is well worth a try!

Absolute favourite if I'm on a alcohol free night out. This tastes really good, it's unbelievable it's alcohol free. Will buy this now i know Tesco stock it.

As others have said, this is one of the best low alcohol beers, in my opinion and very similar to the alcoholic version. A hoppy rather than malty tasting beer. Pity my local Tesco (Dereham) has nearly always sold out.

It wasn't for me.

I tried this based on all the positive reviews. I've had other low or alcohol free beers before like the 0.0% versions of Heineken, Bavaria and San Miguel. Also Erdinger 0.5%. Those are all very good if not excellent and taste pretty close to the real thing. Then I tried this and it has the strongest taste of... something, but it isn't beer. At least not as I know it. A sickly taste which stays in your mouth for a long time afterwards and produces a strong smell which lingers in the air for hours. I only drank a third of the bottle and poured the rest away. Each to their own.

I do like a bitter when I drink beer. It's not ver

I do like a bitter when I drink beer. It's not very often I drink beer, I have to really fancy one. The first couple of sips I was not sure, but it has the flavour of a real strong beer, and you would think it is a high alcohol beer. Adnams apparently filter out the alcohol to get this one down to 0.5% so it is really brewed as normal, that's what I understand from Adnams web site.. I will buy this again. My purpose in buying it was I started running 2 months ago and was looking at the fish town beer runners. I was reading about beer drinking for hydration, but I wanted low alcohol. Also, the Tarahumara runners of Mexico drink a low alcohol corn beer for hydration and carbs.