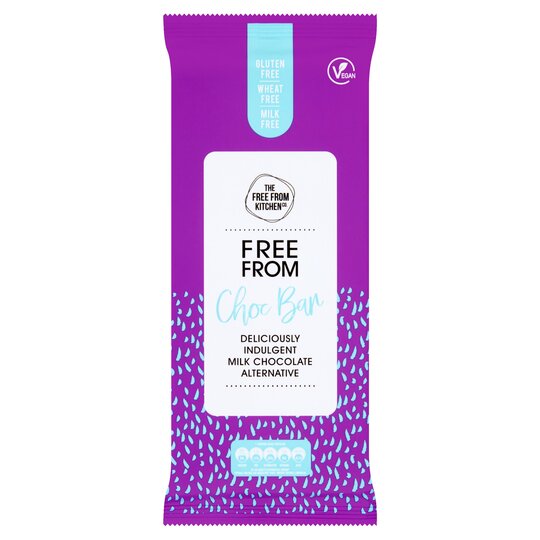 I have tried so many vegan chocolate brands and this one was great, just what you need when you fancy something sweet with a cup of tea.

I am extremely upset. My son has pku in which he can only consume 4g of protein a day I got him this bar as it stated 20g was only 0.2g protein I have come on here to see on the nutrition label that it's 0.7g so I have been giving my son over his daily amount which could effect his brain! I would like to make a formal complaint how do I take this further. Thank you

I got this chocolate bar thinking it would a nice treat after a stressful day, it was not a treat, to put it bluntly it was tasteless. I normally don't like to waste anything but this went in the bin, if I'm going to eat something that's 583 kcal a bar it at least needs to taste of something.

Bought 2 bars just before christmas, white chocolate and salted caramel both out of date.

Bought the white chocolate version. Yuk, very bland doesn't taste of anything, it's like cheap cooking chocolate. Will not buy again.

It could be worse...

I am dairy-free because of an intolerance and was really hankering for some nice milk chocolate. Alas, this is not it. The texture isn't terrible (although there's some grainy texture there from the rice) and I suppose it could maybe be compared to the cheaper chocolate you can buy in Christmas decoration format for taste. So it's not as bad as the white chocolate but isn't something I'd enjoy sitting down to eat. I'll add it into some biscuits and might buy it for that but certainly not as a treat like a bar of Cadbury's is.

This one was mildly better than the white chocolate one. Terrible synthetic taste like plastic.

A great vegan alternative. Since just turning vegan, it’s not as nice as previous non vegan brands that I have, however I’ll definitely be buying this again in the future as my new substitute. It’s for certain the nicest brand of vegan chocolate that I have tried so far!!