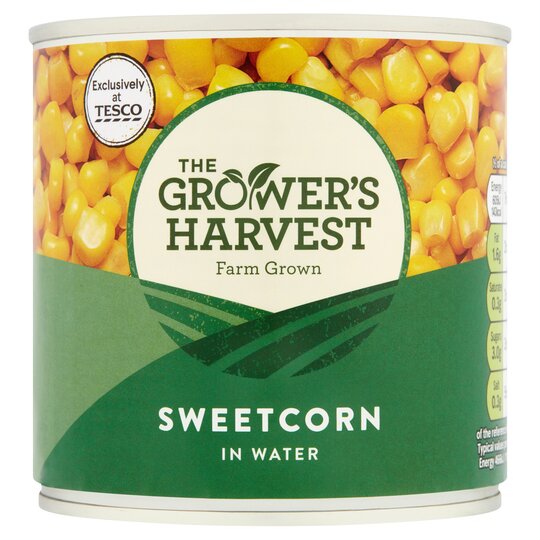 Really like this product, great taste and great price.

This is really cost effective, and great for fluctuating budgets, the corn was small but sweet and soft, my whole family enjoys this portion of veg.

For what you get, the price is great. Highly recommend if you like sweetcorn

Perfectly good value for money, and the tin was full to the brim.

Wish I'd read the reviews before ordering. As is claimed, it's an understatement to say that this sweetcorn is not tender. Also one needs to thoroughly rinse off the brine as otherwise very salty.

Vile stuff. It tastes hard and dry like the corn used in animal feed. I fed the remainder of the tin to the local fox and even he turned it down

Practically inedible and zero flavour. No matter the length you boil it it is chewy and tough. Should remove this from being sold.

Bad one of the batch

the contents was off, the slimy texture made me sniff and taste, it was awful. I have had them before without a problem, but not risking it again.

Don't waste your money, spend an extra 15p on Tesco's own sweetcorn which is far superior, much crisper and sweeter. This Growers Harvest is really bottom of the barrel stuff. It's chewy, not nice and crisp, and it's not very sweet but rather it's very bland.