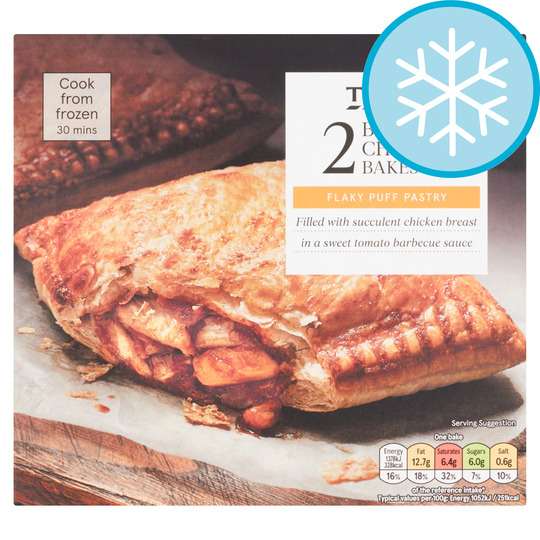 Made using chicken from Thailand

IT WAS NOT GOOD, PROBABLY THE WORST FOOD IVE EVER TASTED. 1ST TIME PURCHASE FOR CHILDS SNACK THEY HATED THEM, SO I TRIED MYSELF, AND FOUND THE FLAVOUR TO BE HORRIBLE, CANT RECOMEND AND WILL NOT PURCHASE AGAIN. ALSO NOT REALLY WORTH 1 STAR.

They don’t taste like bbq at all. Strange, synthetic tasting with hardly any chicken

The lowest quality pastry I've ever had the misfor

The lowest quality pastry I've ever had the misfortune of trying.

No real chunks of chicken, sauce leaked out during cooking, mostly pastry! Sauce was quite nice and tangy, would probably have been nice with some meat! Wouldn't buy again.

DO NOT BUY! I never tend to write reviews but had to with this product because no matter how cheap the product is its no excuse to how utterly disgusting this product is.

absolutely awful, there was only one piece if chic

absolutely awful, there was only one piece if chicken and a lot of mashy stuff as the filling - disgusting. I will not be buying again.

Bought these for my husband, but they were so awfu

Bought these for my husband, but they were so awful, we had to bin them and we very rarely bin food, as we hate waste, but these were inedible. Even following directions, the pastry would not cook, it came out with raw uncooked pastry and tasted of it too. To top it off, they are empty, very little filling, I've honestly never seen anything with such little filling! It was all pasty. Uncooked, raw pastry. Poor pastry at that. Waste of money. Waste of food.

Very disappointing - do not be deceived by the photo - there is hardly any meat in these pies. I have bought several packs in the hope that we would get some with meat in. The gravy is very tasty and the pastry lovely but .... without the meat it's not what it says on the pack!

The chicken pie with no chicken.

There was no chicken in it only a murky Bbq sauce.

Hardly any meat in them and the sauce is very unpleasant.