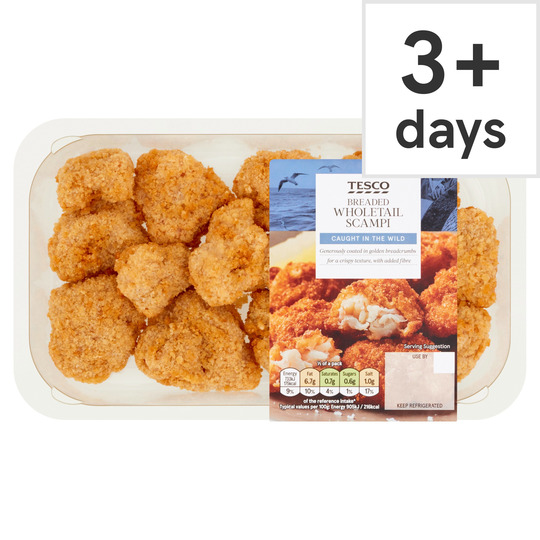 Suitable for home freezing. Ideally freeze as soon as possible after purchase but always by 'use by' date shown. Keep refrigerated. Once opened, use immediately.

Really liked these big prawns, hope they keep selling them.

Deicious! Some of the best scamp I've had!

Individual breaded portions when cut open bore very little resemblance to what were described as "wholetail" and were amorphous and tasteless. The majority were abandoned and dumped, which is something which I cannot ever recall having done before.

Sodium Phosphate is a preservative