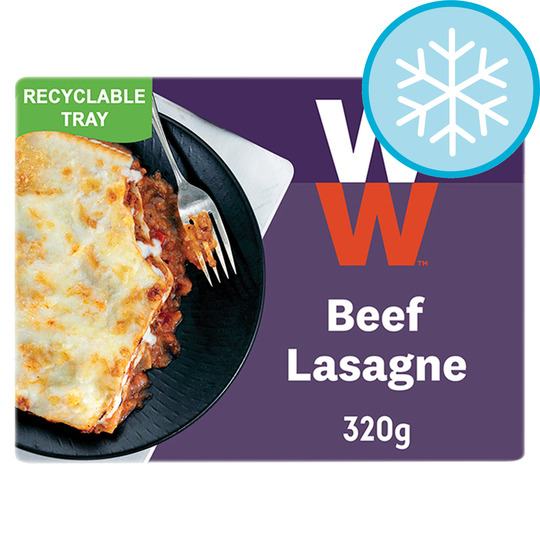 of the reference intake*
Typical values per 100g: Energy 403 kJ

Store in freezer at -18°C or colder. Do not refreeze once thawed.

Cooking Instructions
Instructions: Before serving check that the food is piping hot throughout, if not cook further.
*These are for guidance only. All appliances vary. Do not defrost before cooking. Take Care: Product Will Be Hot. Do not re-heat once cooled.

Although extra care has been taken to remove bones, small bones may remain.

These used to be ok, but they have clearly changed

These used to be ok, but they have clearly changed their meat supplier as this one was full of gristle and was disgusting. I certainly won’t be eating it again!

No need for peppers!

Was kind of okay,until I realised it has peppers in it! Totally ruined the whole thing for me. Never had a lasagne with peppers in. Tomatoes maybe. Disgusting went straight in the bin , after me being ill.

Fulfilling for such a low cal meal

Really tasty for such a low cal meal, fairly small but that’s what you’d expect. I have it with a side salad and it really fills me up without making me feel bloated. Easy to heat up too.

The meat was tasty, the lasagne I liked and it was a filling meal. I often use it as a convenience food rather than a dieting food and add cheese of choice ,or tomatoes or shredded red onion or a bit of crushed garlic or even mushrooms. I put 4 rather than 5 stars because I'm not a gourmet eater and others might be more choosy but personally for me its 5 stars.

Usually these are just about okay as a low cal meal but the last one I had was mainly gristle. Really awful.