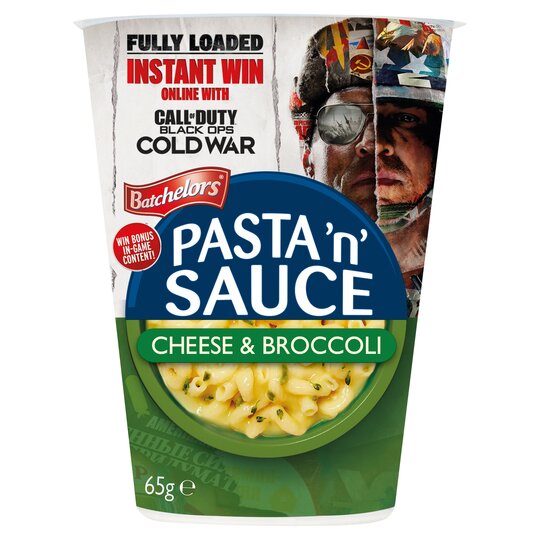 of the reference intake*
Typical values per 100g: Energy 343kJ

For Best Before see lid. Store in a cool, dry place.

Do not use if lid is open or torn.

The pasta had a slight bite to in so it wasn't a pot of mush, the sauce was thick but it would be nice if the flavour was stronger.

Avoid at all costs!

If I could have given this a zero star rating I would have! The pasta remains “crunchy” and the so called sauce is watery and smells of stale cheese....all in all,an awful experience never to be repeated!

Pasta stays hard and crunchy. I left it longer in the hope it would soften, which it didn’t; however the sauce turned all watery, when previously it was thick. Nasty..went straight in the bin.

OK if you like wallpaper paste and minimal pasta.

I buy the packet stuff fairly often and quite like it for lunch as a bit of a guilty pleasure, it's nice though. Thought I would try this in the hope that it was a more convenient version of the same but it's much worse. It's more sauce than pasta and the sauce itself is thick and gloopy, a bit like wallpaper paste. Nothing like the creamy sauce from the packet version. Won't be buying again.

Deliciously thick and gooey as it should be!!!