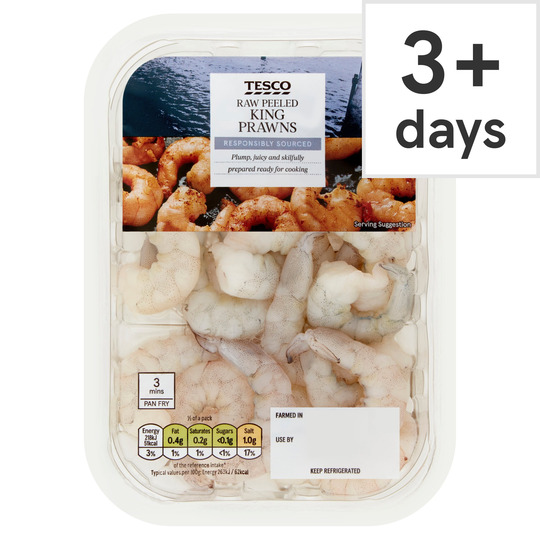 Suitable for home freezing. Ideally freeze as soon as possible after purchase but always by 'use by' date shown. Defrost thoroughly for a minimum of 12 hours in the fridge. Once defrosted use on the same day and do not refreeze. Follow the preparation guidelines above. Keep refrigerated. Once opened, use immediately. This product has been previously frozen and has been restored to chill temperature under carefully controlled conditions. Defrosted: It is still suitable for home freezing.

I don't know whether I was just unlucky but I opened these two days before the best before date and they smelled so bad. I had to throw them away as they had a sulfuric smell to them and I was not prepared to chance it. I won't be buying these again. I will stick to the frozen ones.

Not even a handful in the pack!

Such a tiny amount in the pack for the price. Do not buy unless you want a small portion!

Did not look or smell right had to bin them (while

Both the packs were bad, had to bin them :(

Both the packs were bad, had to bin them :(