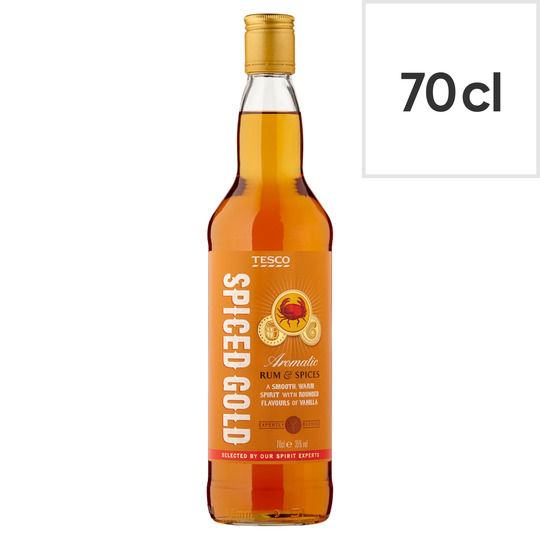 Easy drinking with a nice note of vanilla coming through. Very good mixed with Pepsi. Fair stand-in for my favourite, Lambs spiced Rum.

An unexpected treat. You know how it is, you're late for a party, you forgot the credit cards and only have £15 on you for a spirit and mixers. I was dubious about this at first. I consider myself a bit of a rum connoisseur and it's my spirit of choice. After being spoilt on the island of Mauritius with local spiced rums (ahhhhh Rom Club), and again in the carribean. My regular go to would be Sailor Jerrys for a quick cheap pick off the shelf usually. I'm really pleased that Tesco didn't try and clone something already in the mainstream and went their own way. It reminds me a lot of Mauritian rum with a heavy vanilla note accompanied by some lovely spices that sit in the background. It's a little lower on the ABV at 35% but don't let that put you off. It's really sweet and easily drinkable. Pefectly mixed with cola and likely iced coffee. Try some!