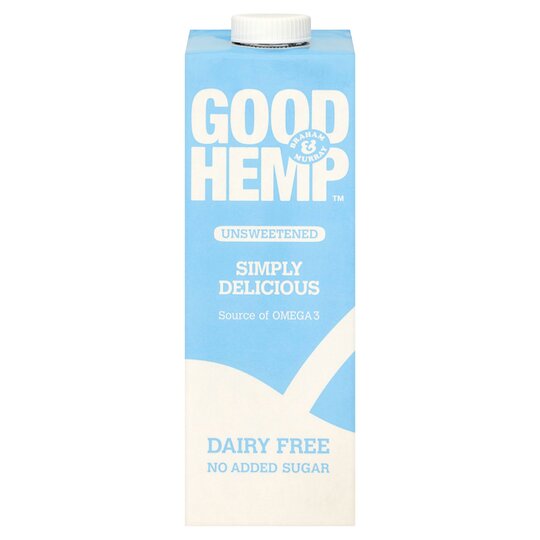 of the reference intake*
Typical values per 100g: Energy per 100ml

It's for sale in the large stores though...

It's good because my daughter's school doesn't allow any nuts or seeds so all the other fake milks are out except soya and oat, soya might be oestrogenizing, and she just doesn't like the oat. We'd rather she didn't drink cow's milk because of the environment and the hormones and antibiotics the cows are given. Goats milk might be an option but I don't know if that might have some of the same problems as cows milk. I can find good hemp in your large stores so I'm surprised you're not selling it online.

I've been told that you are discontinuing this line and I wanted to know why? It is the only milk substitute that I have been able to drink in tea, it is also pleasant to drink on it's own and it is fine on cereals and cooking. I have had to go vegan to cleanse my body of all the toxins from dairy products and sugars as I'm fighting a very aggressive triple negative strain breast cancer. Conventional medicine cannot target this cancer but nature can. I would hate to think that I will have to change online food suppliers as you are going to cease stocking something that is so good for people who do not have cancer.. and could be living saving to those of us that do.