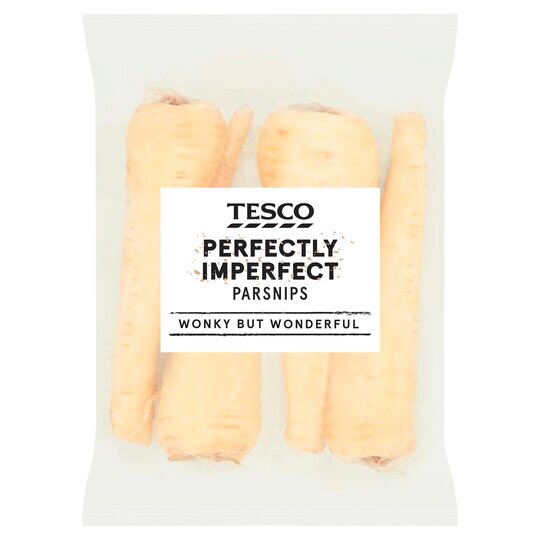 a bonas for independance

No, these were not good quality. The bag was wet inside and the parsnips were soft and smelly. They were inedible and only good enough for our compost heap. They were cheap and sold as imperfect but we didn’t expect that degree of imperfection. Although we have only lost 40p we don’t have parsnips so maybe should buy our veg from another shop as this is not the first time rotten veg has been supplied.

Not worried about their size (huge) but within 2 days of receipt they had started to rot; they must have been stored at really cold temperatures and then became wet. Need to be taken out of the plastic bag bfore storage.

I've ordered this product on two occasions and each time the bag contained three gnarled, old parsnips with evidence of moisture and deterioration present. Each time, I was only willing to cook/eat one of the parsnips, the remaining two went straight into the bin. It's the same with Tesco carrots. Only fit for animal feed. Tesco increase their prices each week while the quality of their produce continually decreases. Tesco, this is just not good enough!

So poor, I’m all for supporting local farmers, but these are awful, when they arrived they were two small stubby parsnips which were brown and almost sweating in the plastic bag certainly wasn’t fresh had to throw them away. For an extra two pence you can buy better quality.

Not the 'imperfect' I was expecting

Would have been good if they were just a bit wonky but the bag I received had one enormous rotting parsnip and two bits of of a parsnip. They went straight on the compost heap because they were very woody when I cut into them - won't buy online again.

Three stars because there's nothing wrong with knobbly parsnips, but it isn't so much of a bargain when the bag is consistently underweight.

Parsnips were rotten and had to go in the bin. Do not waste your money.

Nice to go with a roast or add to a soup, whats more, is they are grown in the UK, support our farmers!!