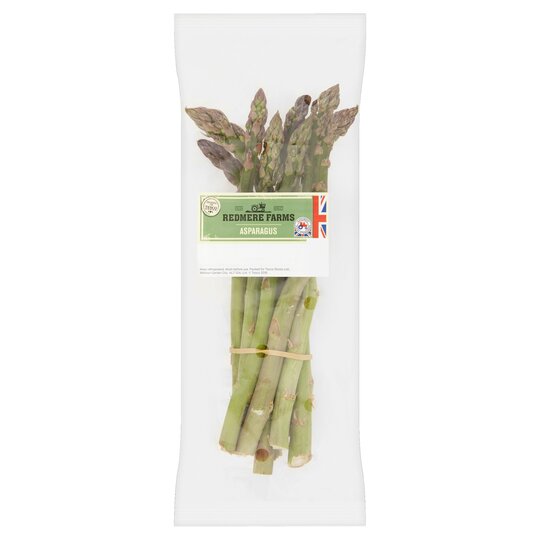 Slimy and smelly. This was how I received it. Had

Slimy and smelly. This was how I received it. Had to put it straight in the food waste caddy.

I do not normally write reviews on fresh food but felt I had to after the only one previous with one star. We found they were fine, plenty for both of us (the previous review must have had a split pack) Mostly reasonable size with two spindly. My main gripe is with Tesco calling them Redmere farms which means nothing, only a marketing name and confuses where they came from. It has said that Redmere produce may be British or from Europe. As we only like fresh British when in season. I was therefore in two minds whether to order but when arrived, it said British on the outside and they were tender & full of flavour. Why then do Tesco give a non descript name and say they are British if they are!

I got this asparagus not 175g but 140g. Besides there are 4 large pieces in a pack, not a bunch of small ones. It will look ridiculous on a plate when I put there only 2 pieces (dinner for 2 people). Will not buy again.