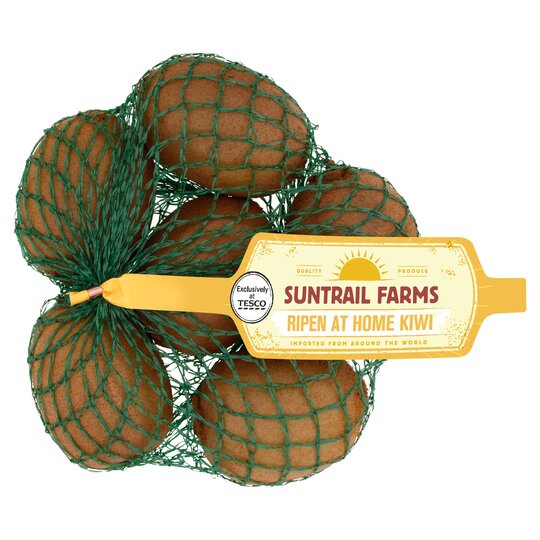 not fit for purpose

never ripen have waited 3 weeks on occasion .The white core is tough and inedible

Too soft, waste of money

Too soft. Two out of six went straight to the bin, and we rushed eating the others. Waste of money.

Strawberries are coming to an end of their season,

Strawberries are coming to an end of their season, but these little kiwis fill the gap. I like them cut up and mixed with my porridge in the morning with a touch of cream. Mmm!

2 rotting mushy fruit in the bag and others covered in it. All went in the bin. Will definitely avoid in the future. Waste of money. Not sure what the picker was looking at when these were selected.

It's a disgrace they are still selling these, there is ALWAYS at least one that comes battered and there is no sweetness. Dull flavour, like licking old boots. And yes I am very serious!

Would not order again.Four out of the six kiwis we

Would not order again.Four out of the six kiwis were far too soft and inedible when they arrived.

2 of the kiwi fruit were bad.

Two of the kiwi fruit had to be thrown away. If this is the best you can do I'll take my purchase of fruit elsewhere.

Went rotten before they rippened

Sat in the fruit bowl for 2 weeks, they were rock hard, never rippened then mould appeared! Won't buy again.

I ordered 3 packets, two of them were off. They were rotten and smelly.