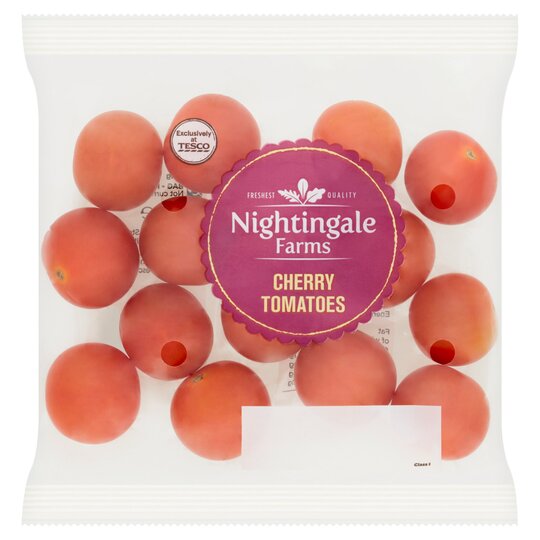 To enjoy the flavour of these tomatoes at their best: Keep at room temperature. Refrigeration will impair natural ripening and taste.

Awful tasteless soft will no be buying again

I have bought these in the past and they were ok. However, last time I bought them with my online shop (I bought 2 bags as I had guests), I found that some of them were not fully ripe and had green patches on them. Instead of ripening, over the next few days they started to become soft and wrinkled. I was very disappointed and, as I was unable to go to a local branch to ask to exchange them or get a refund, I had to throw most of them away.

Used for salad. Tomatoes were soft, not much flav

Used for salad. Tomatoes were soft, not much flavour. Wouldnt buy them again.

I bought these as they appeared to be the only ones available, unfortunately they were very tough-skinned and tasteless. The ones I had were from Morocco. I would not buy again

They were mouldy on the first day

They were mouldy on the first day

not much taste, some of them a funny orange colour does not paty to buy cheap

Very poor quality...some tomatoes were bad ALL were soft and overripe and needed to be used immediately

I've never bought a packet where a few or more tom

I've never bought a packet where a few or more tomatoes turn rotten within a day or two after buying them. They're also tasteless. DO NOT BUY!

Sorry to say, these are absolutely dreadful. They have no redeeming features. The skin is really tough and leathery and once you’ve cut in, there’s no taste at all. Not even a pinch of salt or sugar will help. They’re cheap, but even so! I’m afraid these are even a waste of 50p. Buy a tin, don’t buy these.