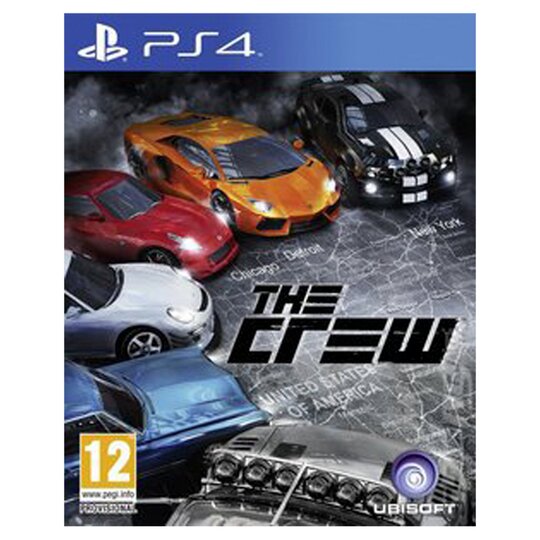 Great all round game, very easy to play. Many different types of game play not just stuck to one type of vehicle (as with some other games). kids love playing it too as they can customize their own cars.

Boys enjoy any driving game, but shame it's not a 2 player.

bought this for £12 cheapest anywhere. plenty of great deals always to be found at tesco online

My son has been thrilled by the game. He can link up with friends and play as part of a team and he can race across the whole of the USA and take in some of the sights along the way (good geography practice). He particularly likes visiting Las Vegas with all its cool hotels and bright lights. The is very little swearing in the game, which is a bonus. The only downside is he completed the game very quickly. He is eager to start it all over again though.

Great game for someone who like to explore (me) ior someone who like to play online (not me). I really enjoy exploring the map, it is huge! Story mode is great and I love the customisation on the cars (Reminds of the old need for speeds). I am not a massive fan of online gaming but got this after enjoying the demo on the PS4 store. Most players are great, however I have found a few who just like to spoil things when you refuse a crew request, I had one that was ramming me constantly and after fast travelling followed me and carried on, had to quit the game and reload. However this is a great game, and I'd certainly be interested in a offline mode as I love driving across the USA, which can take quiet a while.

I bought this game after seeing the adverts on TV, game is as described and am very happy with my purchase, and as always the service from Tesco