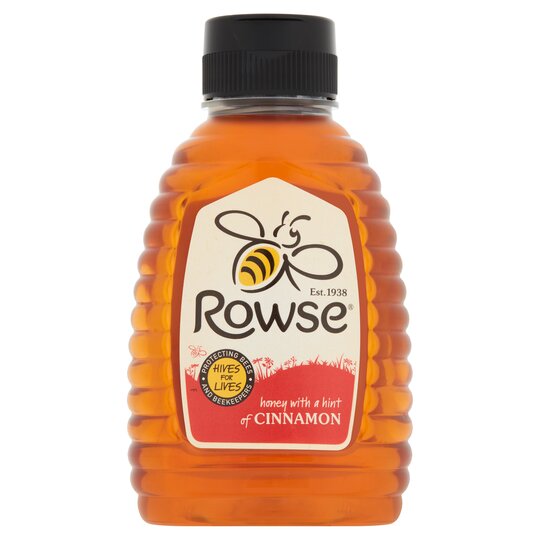 Unsuitable for infants under 12 months.

Smells and taste like proper honey. Very nice cinnamon aftertaste. Perfectly suits my breakfast. Will definitely recommend to everyone who likes cinnamon!

I fancied a mug of honey & lemon and when I saw this honey with added cinnamon oil I was hoping for the rich taste and warmth of cinnamon. Nope. It tastes of honey with another flavour, but I don't recognise that flavour as cinnamon. I didn't enjoy my honey & lemon at all. The smell was the worst part. I tried a bit on a spoon with a fresh palate and it's not particularly offensive by itself, but again I would never have guessed it was cinnamon I was tasting. It leaves a lingering aftertaste and aroma. Of ketchup.