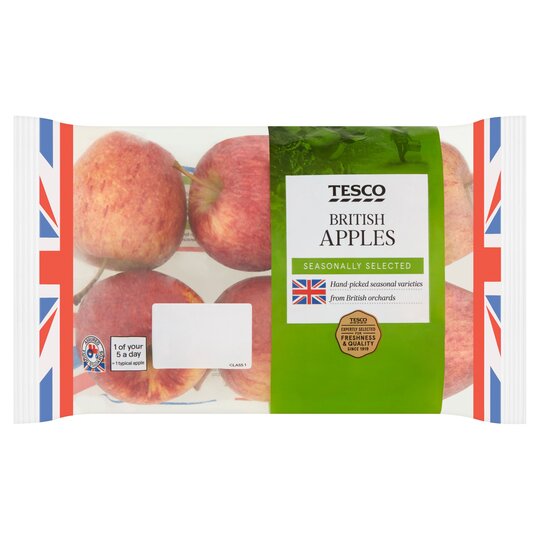 Keep in the fridge.

Cameo variety. Really delicious fresh-tasting apples which were crisp, very juicy and sweet with a just a tiny hint of background sharpness. Skins were a little tough but not a problem. Five stars anyway for flavour and quality. British too.

Last week I received delicious British apples (but I cannot remember the name!) they were a lovely golden colour; crisp, fresh and sweet. Perfect!

I have had 2 lots of these Opal apples. They are crisp and full of flavour and BRITISH!

I have just discovered the Opal variety of apples supplied in these packs. Fantastic flavour and being British kind to the environment.

Yellow, bruised and tough skin as though they were a month old! I had to swap pears that I bought last week with these apples so that I could use them first

I prefer to buy British and have bought these for the last four weeks. However on my last two purchases a number of the stalks of the apples have been missing and the apples have rotted into the core of the apples. Such a shame as the quality is not up to standard.

Not as shown in picture. Twice I have received yel

Not as shown in picture. Twice I have received yellow apples. Not good quality, the last ones were bruised right through to core and half were put in food waste bin.

These are usually very good, however the most recent ones were very poor - half were full of rot!