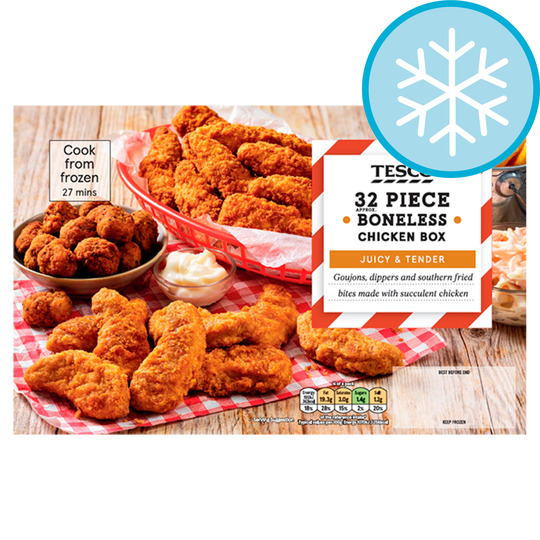 Made using British and EU chicken.

Definitely not made with chicken breast, more like chicken mush

Not what you expect from the picture

This was a substitute for tesco sfc thighs.Chopped and shaped chicken comes with 32 pieces mostly as tiny popcorn chicken bites but you wouldn't know by the size of the massive box for all the small pieces inside until you open it. Tesco this will not be a regular like the sfc that I order every shop

Produce of Produced in the U.K., using chicken from ? Must state country of origin.

Chopped and formed but not British chicken!

Not the worst but not the best either. The chicken may be breast meat but it's chopped and formed and, worst of all, it's not even British! I'm sure UK farmers raise chickens and they should be first in the queue. It's a shame that the description only mentioned that it is produced in the UK but the origin of the chicken is absent. It should be clear as to where meat/produce comes from and I for one would not have purchased these if I'd known the chicken was not British.

Best chicken by far very tasty and you get plenty