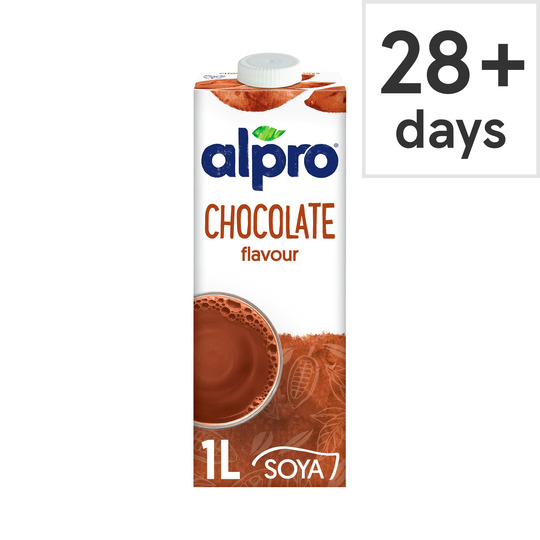 Once opened, keep refrigerated and use within 5 days.Do not freeze. Best before: see top of pack.

Made in the EU

Bought as part of a promotion. Really nice, my son guzzled most of it. Will buy again

Really loved the taste of this drink. It has a great chocolate flavour and works well with soya milk. Used some in smoothies but great on its own. Bought as part of a promotion.

very good quality chocolate soya milk for anyone interested. Will be buying again. bought as part of a promotion

my children quite like a chocolate milk but weren't keen on this one. I thought it was okay. bought as part of a promotion

Great flavour, not too chocolatey

Great flavour, not too chocolatey. A nice change from regular alpro milk

Great tasting chocolate milk drink that all the family enjoyed. Highly recommended. Bought as part of a promotion.

Very chocolate flavour. Delicious I have been mixing half this milk half soya milk as on it is own was to sweet.

a great dairy alternative....rich and creamy, but not too thick....and a lovely chocolate flavour ...bought as part of a promotion