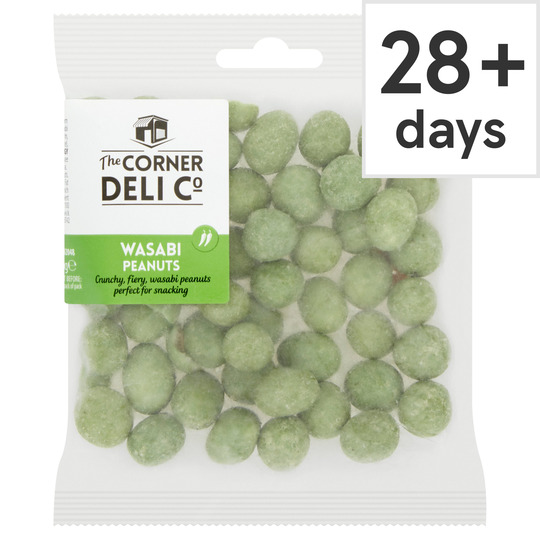 Ambient Dry Storage.Best Before: see back of pack

WARNING: Not suitable for small children who can choke on nuts.

They're hot, moreish, but lots of sugar

It's the snack that doesn't know whether it's a sweet or a savoury. I should have read the description more carefully as I expected peanuts with a simple salty wasabi coating, a hot peanut. These have a substantial crunchy coating which I can't deny is moreish but very sweet. Overall, there is virtually 20% of various sugars - check the ingredients. The hot coating was interestingly random hitting out with a serious blast of heat from time to time. With some regret I'll leave these alone, shame about the sugar.

Best wasabi nuts I have had. Good flavour, not ove

Best wasabi nuts I have had. Good flavour, not overly hot in general though the odd one was a bit fiery!

There were black spots appeared on the outside of

There were black spots appeared on the outside of nut