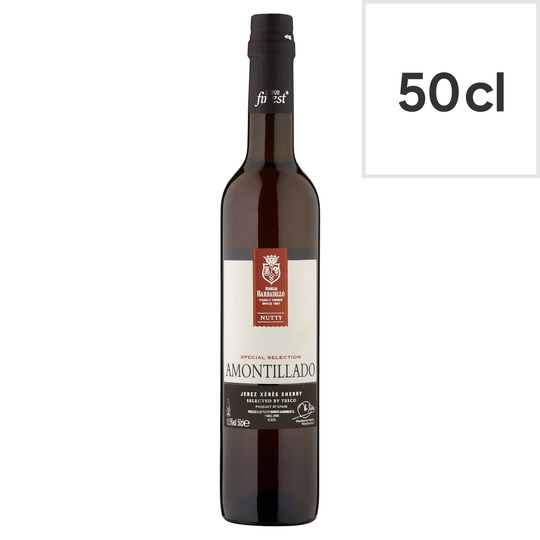 Store in a cool dark place. Best enjoyed within 2 years of purchase, once opened consume within 7 days.

As joyless an Amontillado as I have ever encountered.Thin and tart without any recognisable fruit. My wife suggests using in cooking.. I don’t think I will risk it..

I have bought your Amontillado Sherry for years. It has remained very consistent in quality and taste. Your 1 litre bottles are preferred, especially when you include them in your "special offers" on line!

Probably me - but this doesn't taste like any sherry I've had before. Bought 6 bottles several weeks ago,and haven't finished one yet - not like me at all! Sharp and none-too-mellow. Am even hesitant about giving to reles as gifts! As I say - probably just far too dry for me.

proper sherry - if you like that kind of thing

This is a bargain - especially if like me you get it on offer. This one will go cloudy in the fridge but that does not detract from the taste. If you like Harvey's Bristol Cream then you need to avoid this kind of thing which is proper wine. Excellent! In fact if you want to know about real sherry then all of this range is well worth trying. Probably Tesco's most successful range. If you want to trade up (you would have to spend a little more) try their competitor's 12 year old Taste the Difference label. Sherry is vastly underrated.

I purchased in store for Christmas. Very dissappointing, appearance was rather cloudly, perhaps I should have returned it, taste was sharp, harsh, nutty - I failed to pick up any orange or spice flavours. So caution, not recommended.