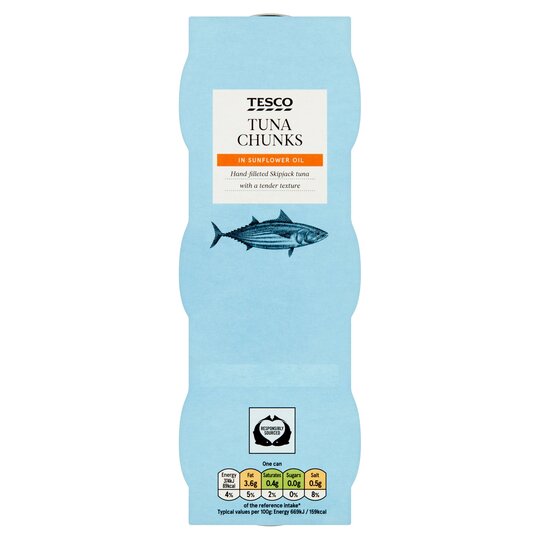 Store in a cool, dry place. Once opened, transfer unused contents into a non-metallic container, cover and refrigerate. Consume within 2 days.

Caught in the Pacific Ocean

Awful. The ring pulls don't work and it's frustrating trying to open it with a tin opener with so much oil pouring out (I received 'in oil' as a substitute). It's also a tiny can with not enough for tuna for one sandwich and far too much oil. Opened a second and the ring pull failed on that one too.

these are tiny watch out

other supermarkets have tuna chunks in olive oil ,

other supermarkets have tuna chunks in olive oil , much better and more healthy

Supposed to be chunks. It was more like crumbs. No chunks in it at all

I am disappointed that you seem no longer to be stocking line and pole caught Tuna. I like tuna and I will not be able to buy it from you again