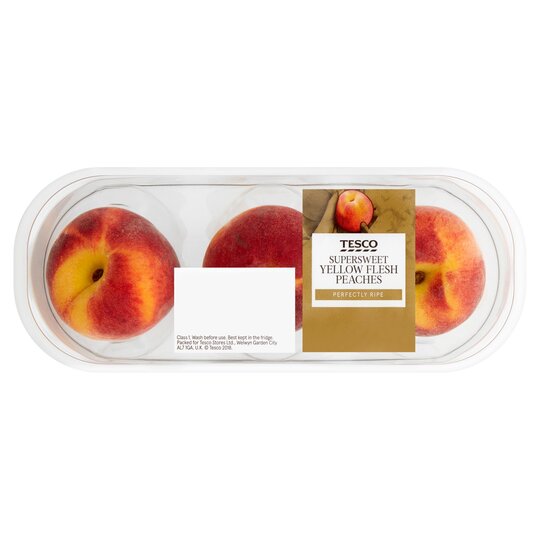 They looked lovely but when I came to use them the

They looked lovely but when I came to use them the next day they were rotten and I was unable to eat them.

Not ripe at all,rock solid

Described on the packet as "perfectly ripe".....they are not even close to being ripe but actually rock solid! Tasted one and had absolutely no flavour at all,will not be buying again.

These are ripe, but not sweet, and definitely not 'supersweet'!

These are described as perfectly ripe but they were so hard they even bounced when dropped on the kitchen surface. When eaten they are crunchy and slightly sour. I would say these are the opposite of perfectly ripe. Sorry, Tesco, but if you're going to describe something as perfectly ripe, then it should have at least some qualities of ripeness. This is not the first time I have been misled, but I keep hoping you'll get it right one day.

I bought these last week they were soft but dry

These are NOT ripe or ready to eat

"Ripe"?? I don't think so. Bought pack of 3 in January - not ripe, and one was very mouldy. Left the other two for 10 days in a bowl and they eventually became edible - and tasted absolutely great. So bought two more packs of 3 - so far all but inedible! They were like eating potatoes, with almost no flavour ... all except one which was mouldy and almost ripe. Washed it, left it a couple of days and it was okay today. The other five are showing no signs of ripening yet.

Dry and tasteless - had to throw them in the bin. Total waste of money

Very dry and no taste

Absolutely awful, tasteless... what a waste of mon

Absolutely awful, tasteless... what a waste of money... had to throw them in the bin and have an apple instead!