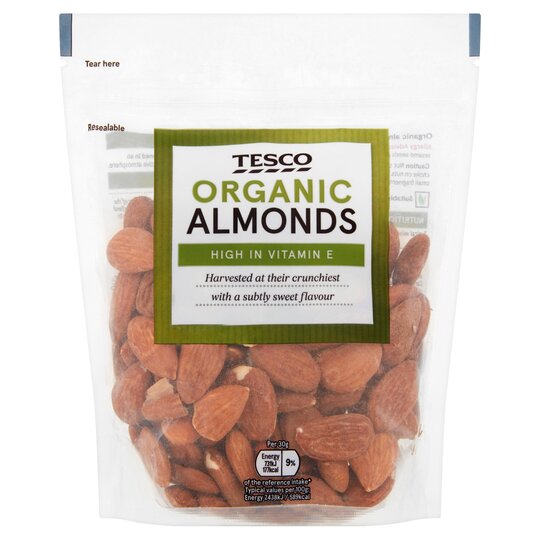 Warning: Not suitable for small children who can choke on nuts.Packaged in a protective atmosphere.Caution: This product may occasionally contain small fragments of shell..

I've been buying them for about three months now, and they've always been good. I wouldn't normally write in just to say that, but I noticed the bad reviews, so thought they needed counterbalancing.

I bought this bag and opened it the next day, BB date still 4 months away. Every single almond is soft! Something must have happened with the storage or this that what organic almonds are supposed to be?

Bring back the crispness of a real almond !

Normally deserves 5 stars for taste and texture (unlike their American counterparts) but of late they are soft and unappetising.

Are the bitter ones safe to eat?

Approximately 1 in 10 are bitter. Are they safe to eat?

Bought twice and they were rotten

I have purchased these on two separate occasions and the nuts were rotten. Tesco refunded, so not the end of the world. Twice feels like more than a coincidence for me so I won't buy these again.