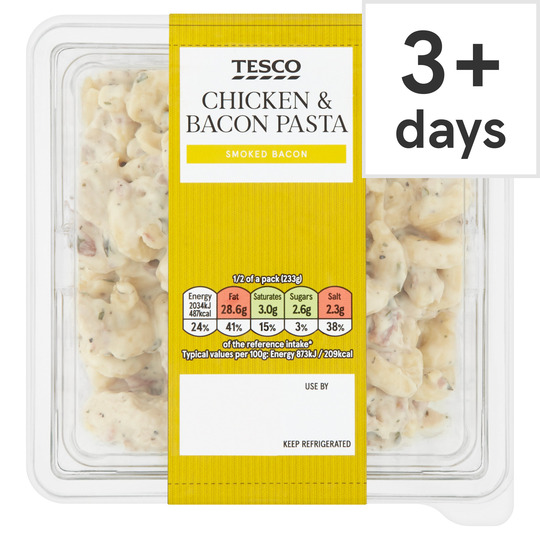 Produced in the U.K., using chicken from Thailand

The taste of the sauce/mayo was nice. After it made a horrible chemical like aftertaste.

Not nice at all - far too much dressing

This has far too much dressing in it. I added over 500g of lettuce, cucumber, peppers, spring onions and tomatoes and there was STILL too much dressing. It's really not nice. I won't buy it again.

French style dressing is not the best choice

I love this salad before,but recently changed the dressing for French style one. With the old dressing the chicken and bacon salad was much nicer .

I have really enjoyed this in the past but the las

Not to the usual standard

Bought this thinking it would make a change for lunch instead of a sandwich: assumed it had a reasonable amount of chicken and bacon in it (like most pasta salads) Nope Barely any; and the overriding taste was of very strong vinegar and black pepper. C'mon Tescos; most of your stuff is really good for the money; this was rubbish!