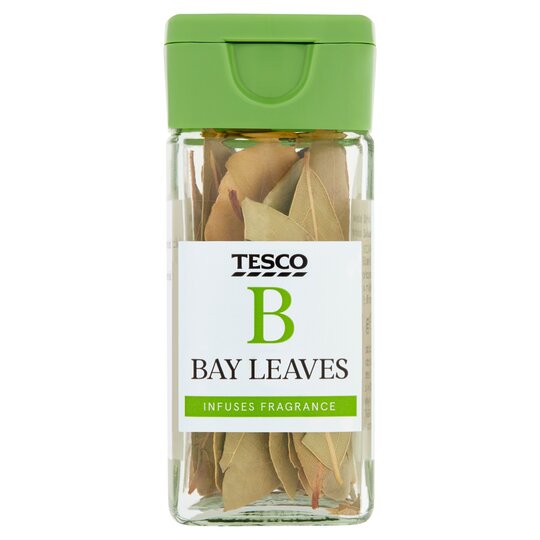 Store in a cool, dry place and out of direct sunlight.

I took on board the reviews and ordered the Schwar

I took on board the reviews and ordered the Schwartz one but they didn't have it so had to order the Tesco one. Must say they have taken on board everything that's been said and there are no bits in the one I got, only whole bay leaves. Will order again.

I have given these a few chances now but they don’t get any better. Mostly broken bits of bay with just a few whole leaves. Do not seem to give much flavour either. Waste of money. Won’t bother again.

These used to be good but in the last two jars a lot of the leaves have been broken and did not survive cooking and I had to pick bits of bay leaf out of the dishes. The last jar I ended up with about a third of a jar of bits which had to be thrown away. I have gone to the Schwarz ones which are whole leaves and so far survived the cooking process so they can be easily removed at the end.

A lot cheaper than the branded ones which don't justify the higher cost. Not bad.