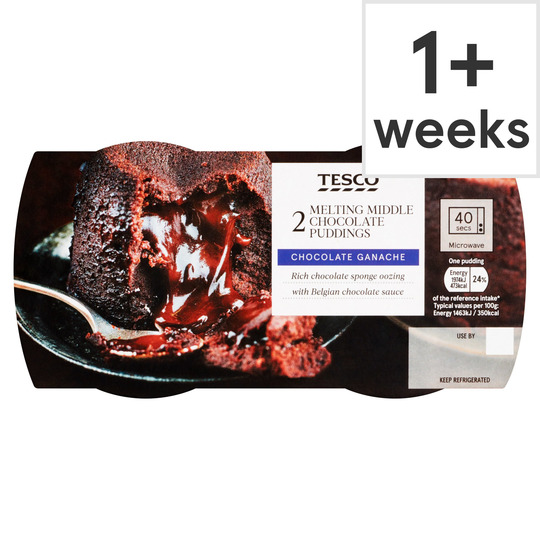 Suitable for home freezing. Ideally freeze as soon as possible after purchase but always by 'use by' date shown. Defrost thoroughly for a minimum of 12 hours in the fridge. Once defrosted use on the same day and do not refreeze. Follow the preparation guidelines above. Keep refrigerated.

Instructions: Not suitable for oven heating.

Steam
Instructions: STEAM 20 mins. Place sealed pot in a lidded saucepan, add enough boiling water to allow the pot just to float. Replace lid, bring back to the boil and simmer. Do not allow to boil dry.

Quality has dropped and so has the quantity.When you take the plastic film off the top the puddings appear to have shrunk in size.

We tried these after the Cadbury ones became unavailable. I usually find I prefer Tesco's own brand products and find them to be better quality than popular brands, but this was a disappointing exception. It was almost inedible. The flavour is just awful and the texture unpleasant. My son agreed and they went in the bin.

horrible texture and no melt

tried these a couple times and they have a horrible texture and do not really have much of a melty middle... not like the picture anyway.

Tastes synthetic..leaves a bitter aftertaste....Never written a review before, but so disappointed I had to say something...

This Was The Best Chocolate Pudding Ever Probably