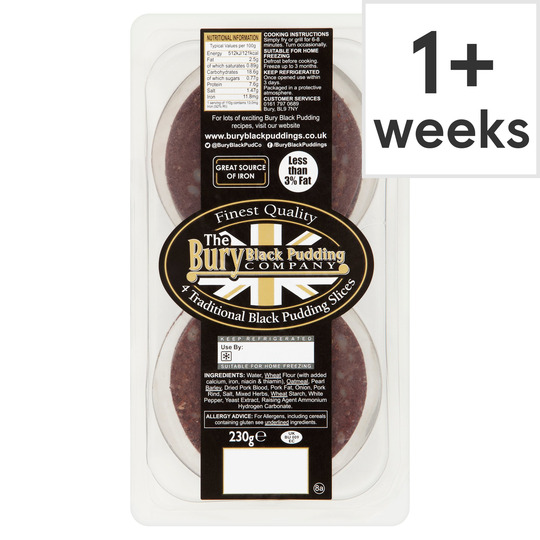 Suitable for home freezingDefrost before cooking. Freeze up to 3 months. Keep refrigerated Once opened use within 3 days.

A fairly tasty black pudding, but it kept falling apart when cooking/grilling/frying and lacked some seasoning. But the end result was a success, a love accompaniment to the dish I served. Thank you.