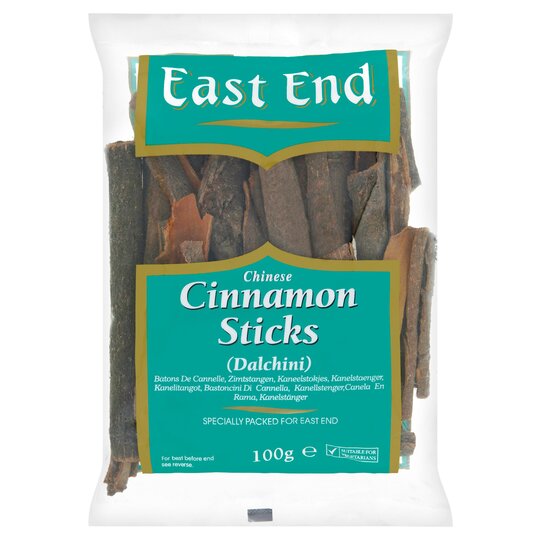 Misleading product name. This is not cinnamon. It's acacia bark and is different from "true" cinnamon quills.

I should have read the reviews before buying!

No fragrance whatsoever, not worth buying. If I could rate this product zero I would.

Big, thick, knarled pieces of old bark with low quality cinnamon flavour. Best to buy proper cinnamon sticks, unless you plan on cooking catering quantities of low budget food. You get what you pay for, and in this case, quantity does not mean quality!

This is not real cinnamon, do not buy. The real cinnamon is curled up and is very fragile, this is hard bark from fake cinnamon.

Product is mis-labelled. This is cassia (chinese cinnamon), not true cinnamon.

Despite being told that this is not cinnamon it is still labelled cinnamon sticks.

Tesco, please, this is not cinnamon! It is cassia

Tesco, please, this is not cinnamon! It is cassia, and there is a big difference!!!!

Should not be labelled cinnamon

This is not cinnamon, it is cassia: often called sweet cinnamon