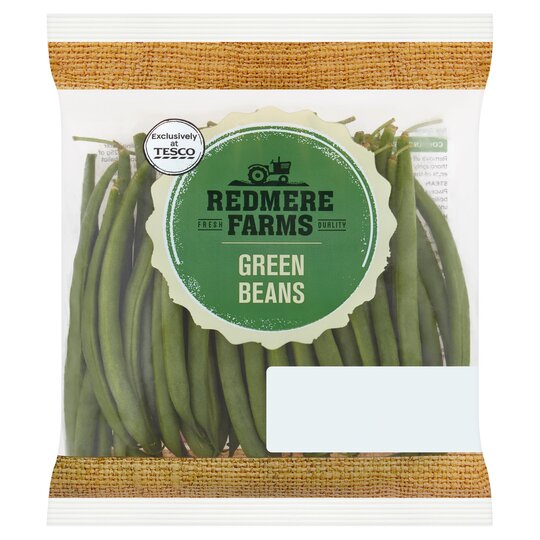 Nice at the moment

Had these before and they were like shoe laces. They replaced my Tesco version with these last week and they were surprisingly soft and nice Must be the start of a new crop

No good at the moment

They have been perfect in the past but this lot and the previous weeks have been terrible. I persisted this second week with my weekly order thinking it was a one off. there is no sell by or use by date. My order was delivered on Wednesday and I opened them up on Friday to use to find there were bad beans and they were just generally mouldy looking and brown in places. The first lot went in the bin. I hoped it was a one off which is why I tried again. I am not ordering any more and will stick to frozen. A sell by or best by date is really important in fresh produce.

I normally find green beans keep well in the fridge and are still fresh even after a week. These beans from Morocco must have been picked over a month or more prior. Many were rotten and mushy on the third day and they were all binned. Will not waste money on these in future.

The beans were brown when I received them by home delivery. They went straight in the bin. I wasn't going to go to Tesco to return them, that was the whole point of the convenience of Home Delivery. There was no "use by" date on the packaging so I assume the "picker" didn't know they were old - although you could clearly see they were "off" if you took the time to look at them. I won't be buying them again.

Old and inedible. Had them before and were ok. Mus

Old and inedible. Had them before and were ok. Must have been a bad batch from Morocco.

Have been buying these for awhile and have had no complaints until my shop last week. The pack i received had mainly brown mushy rotten beans. The ones which weren’t brown were beginning to turn. I threw them all away. Very annoying as you could clearly see they were rotten before opening the pack so why didn’t the picker use their common sense? It’s put me off buying again as i needed them specifically for a recipe.

Terrible. If I could give a zero rating I would. Only bought as my usual frozen french beans were not available. Used on day delivered (but couldn't find a useby date anywhere on the packet), half were rotten and had to be thrown away and the remainder were so tough and woody they were not nice to eat. Will never buy again.

Really good green beans. Never had a problem with the quality. I buy a pack every week. In fact I had the best green beans from this cheaper range about a month ago. They were delicious