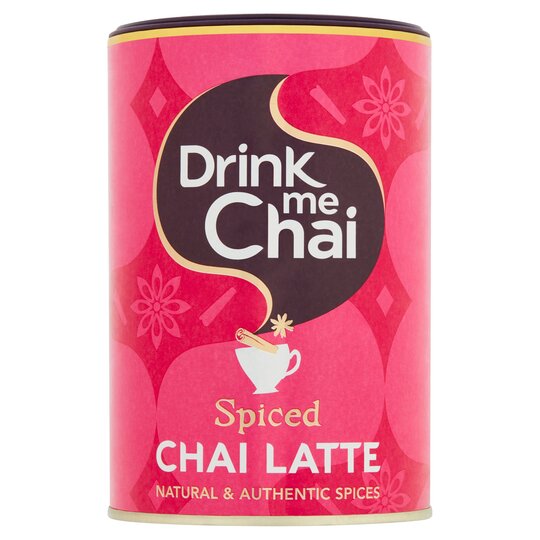 Store in a cool dry placeBest before end: see base of tub

As good as coffee shops

This is so nice! I do half milk half water. Would highly recommend

Christmas in a cup.

I fancied a warm drink that wasn’t an ordinary brew or a cup of coffee. Saw this on the shelf and thought I’d give it a try. You can smell the aromatic spices as soon as you open the lid. I’ve tried it with just hot water and with a splash of milk but you can also just use hot milk. It’s a really tasty with a low caffeine plus for those who get the shakes after much coffee like me. The cinnamon and mixed spice blend really adds to the comfort of a warm drink. Even though it has a milk powder mixed in, it’s still only 68 calories per cup which is an added bonus i think. It looks like there’s a few other flavours but they don’t seem to be on the shelves yet but I look forward to trying them too and will be buying this one again shortly.

one of the best chai tea's i have ever tasted

Really delicious. You dont need to add milk or sugar. I added a little soaked chia seeds and it was , Slurppppppppppp

On the box it says add 3 teaspoons and 200ml of boiling water and that's what I did but it tastes very watery and tasteless. Not at all happy with the product. I bought this based off the reviews but its just terrible. Won't be buying this again. I'll stick to royal chai.

Delicious we love it and so does everyone I serve it to. Thank you

Its over sweetened otherwise nice chai.