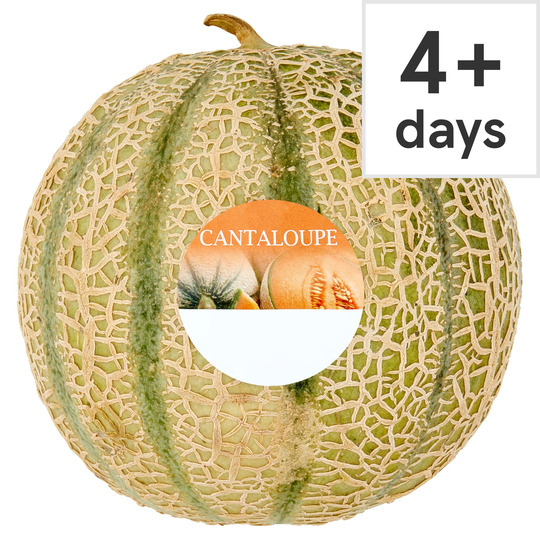 Wash before use. Eat at room temperature for full flavour.

They rot before they ripen

Very poor quality. Dry as a bone inside and tasted like turnip!

Bought 22/3/21 as just fancied to eat. Left to ripen in bowl as rock hard. Noticed 5 days later it was going mouldy so checked it out. It was 'pitted' in too many places and going mouldy all over. Decided to try to cut bad areas out, but when cut into was still obviously NOT ripe as completely dry, tasted awful, had to throw out. You're STILL chilling things far too much hence 'pitting' Could do better Tesco!

I bought one of them on my last order and had bin it before I got to cut it very disappointed. I love shopping at Tesco .

The first time I order this Cantaloupe it lasted my family the whole week. I ordered it again the following week and it was barely bigger than an apple but I was charged the same price! Shame as it's actually delicious. :(

Not juicy. Not ripe when delivered, needed to ripen. Have bought twice & same both times. Won't buy again

Hard and tasteless - ending up throwing it away!

Was rotten only two days after home delivery.

Was rotten only two days after home delivery.

These are small! Don't be fooled by the picture. Started rotting day after I received it.

So full of flavour!