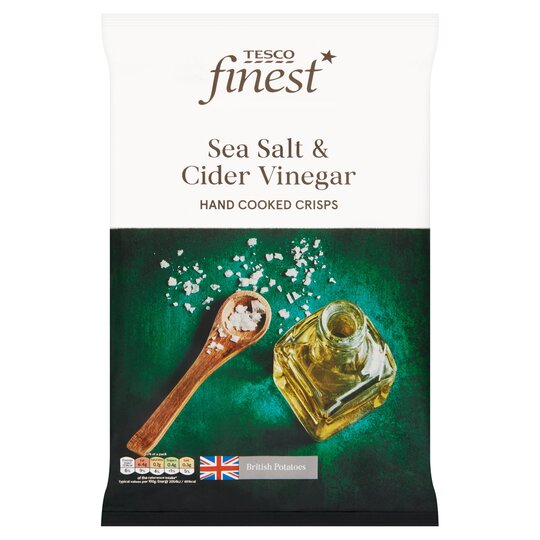 Went to my local store last week but no Tesco Fine

Went to my local store last week but no Tesco Finest Sea Salt Cider and Vinegar Crisps on the shelf. Asked if they had more stock but was told waiting on more coming in. Went to the same store today a week later and still none on the shelf. Went to ask customer service why no more stock on the shelf. I was told they probably did not make that flavour any more. I have looked at Tesco online and other stores seem to still have them. Why does our local store not have them now????? So much for Tesco Customer Service.

Bit disappointed with the last lot. Crisps seem to be smaller and there was quite a bit of small pieces in the bottom of the bag.

Hi Tesco This packet of crisps was by far my favourite so far as it packed all the flavour and the had the nice strong taste of vinegar and salt.unlike the last crisps that where lacking in taste and flavour this packet really did taste like the perfect salt and vinegar crisps.the actual crisp was of high quality as always and the packaging wasn’t confusing either.if had to mark down for one thing is that the bag was pretty lacking in amount of crisps and also a hint of more vinegar flavouring would be nice but that’s just a personal opinion as the flavour was more than satisfactory. This was a pleasure to eat and will defiantly be buying again. 9/10 Defiantly be having a bag again

A tasty crisp. Lots of flavour and good value for money. Hard to not eat the whole pack!