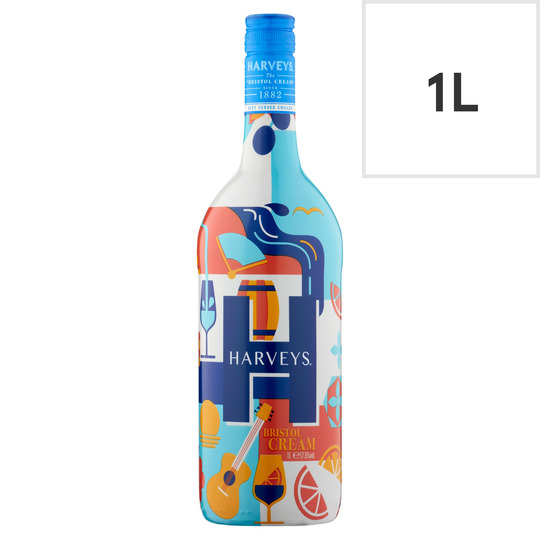 I've been drinking this since I was a child in the 70's, it hasn't changed and I still love it, it's the most perfect drink. So enjoyable I'm surprised it hasn't been banned.

Brilliant drink. Everything improved by adding a dash whether trifle of beef and onion stew.

Brilliant drink. Everything improved by adding a dash whether trifle of beef and onion stew.

Very good as ever. However price continues to rise.

We love a glass in the evening after walking our dogs. It is always accompanied by four, small cheesy biscuits each - Hubby likes Davistow cheese on his, I like St Agur. The sweetness of the sherry and the salty taste of cheese and biscuits is something we look forward to. We didn't come around to it until later in life (50s) but youngsters have been here when we have been partaking and have enjoyed it as much.

This was and Is I believe the best of any Sherry

I was looking. For the best offer I could find and I found none of the regular suppliers of wine I

Great to have a schooner of sherry before Sunday lunch.

My drink of choice.

I first sampled Harvey's Bristol Cream in the 1950s. I have been drinking it ever since. There is nothing quite as satisfying as the rich fruity flavour. Nothing else tastes quite the same. This one has a smoothness that none of the others achieve. It is also remarkably constant. Very occasionally there is a new note to the flavour, or the bouquet, but never enough to disappoint. Yes, it is a little more expensive than some, but is money well spent. The lovely blue bottles are a bonus - so easy to find on the shop shelf when you are in a hurry!

For full bodied well balanced cream sherry at this price, Harvey's remains unbeatable. Loathe the blue bottles - a rather dated salute to Bristol blue glassware - but we don't drink the bottle.