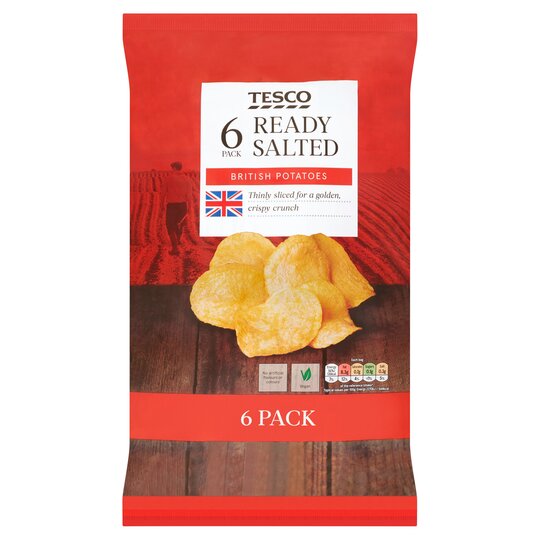 I’m unsure if I git a faulty batch but the first 2 packs were ok then the rest of the packs were that salty I couldn’t eat them. They were extremely strongly salted. I tried afew from each remaining pack and they left a burning sensation in my mouth and I had to throw them all away. Guessing they may have been faulty because nobody could eat crisps that strongly salted.

I always buy these as they are so light and tasty. Don't waste your money on Walkers - these are far better! Just be careful when you open the multipack. As has been mentioned, one or two of the packets can be stuck to the outer wrapper, so you can end up ripping the packet open as well.

nice & tasty I think better than the more expensive brands

Very tasty! I wasn't pleasantly surprised. I'm now quite hooked on them. They are made by the company behind Golden Wonder, and that's what the taste is like.

Good, plain, straightforward crisps at an attractive price. Occasionally let down by one or more small packets being trapped in the seal of the outer packet, which can rip the small ones open when the outer pack is opened. Needs rectifying on the production line.

I bought these as an alternative to more well known brand crisps. They are thinly cut golden crisps. Very tasty and not too much salt. Also much cheaper than well known brands ! Will be regularly buying them from now on !

disappointed , as I had heard nice things about tesco's own brand.. these were foul , no flavour at all ...

Much better than Walkers in my opinion.